ATLANTIC HIGHLANDS – Going up against Congressman Frank Pallone (D-NJ06), his staunch base, and his formidable warchest, Anna Little, the Tea Party candidate, is most likely very happy today with the national and regional analysts bowing to her adopted party’s ascension to power.

But we don’t know that. Because Little snubbed press at her event hosting Senatorial candidate from Nevada and fellow Tea Partier, Sharron Angle.

The Tea Party is having huge success in Republiacn primaries, including unlikely wins in New York and Delaware yesterday.

But after promoting today’s event in Atlantic Highlands, Monmouth County, and courting press coverage, campaign staffer Chris Dayton apologized. “Sorry, we made a mistake,” he said.

Outside the event, an upscale midday soirée, two Rutgers students protested the Tea Party movement in general, and one local business owner made hay over Little’s local policies and her mayoral control over his hometown, Highlands.

Highlands resident Angus McDougald is owner of Bright Alternatives renewable energy company in Atlantic Highlands. “It’s basically a money grab,” he said of Little’s run at Congress, based on the near foreclosure of her home recently, as well as other allegations.

“She’s made no plans except for attacking Pallone,” McDoungald said. “Now she’s bringing in these carpetbaggers from out of town.

“It’s incredibly impossible to open a business in Highlands,” McDougald said, laying out a one-year process that includes fingerprinting and approvals from a local “cabal.”

McDougald called the Tea Party “fake Republicans who are unemployed.”

Llittle’s choice of Angle, who is in a neck and neck with Democratic U.S. Sen Harry Reid, to campaign for her was criticized in many circles as risky. Some of Angle’s positions and statements have been considered extreme, even for a far right leaning candidate and  Little is running in a district that leans Democrat and has been represented by a Democratic incumbent for more than 20 years.

Angle has made some controversial statements in her race against Reid including one about using second amendment (right to bear arms) remedies to “take Harry Reid out.”  Angle has since said she meant only to take him out of office and said she has changed her rhetoric.

UPDATE: Democratic State Party Chairman John Wisniewski said this afternoon, “The political alliance between Anna Little and Sharon Angle is more evidence that Little has bought into an extremist agenda that is all wrong for the 6th Congressional District. She would give tax breaks to big businesses that ship American jobs overseas. She would take away from women the right to choose.”

“She would allow insurance companies to charge higher premiums for women, to drop people from coverage when they get sick, to deny coverage based on pre-existing conditions, to set limits on lifetime coverage, and to prevent parents from keeping their children on their policies up to their 26th birthday,” Wisniewski said. “She also wants to privatize Social Security. This extremist agenda make no sense and is all wrong for the people of the 6th Congressional District.”

On icing the press, Wisniewski said, “It appears that Angle has given up her efforts to unseat Harry Reid and is now staffing the Little campaign. Given their positions, it’s no wonder they closed the event to the press at the last minute.” 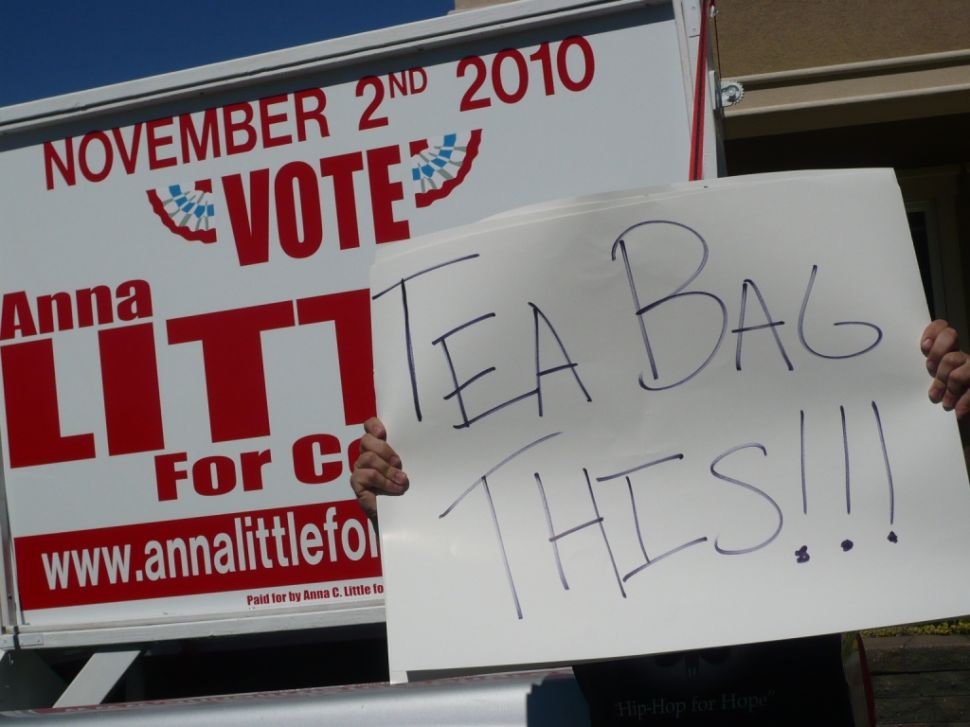