The next time Trenton Mayor Tony Mack complains about the city’s $50 million budget deficit, his honor need only reach into his own pocket to make up a portion of the money.

A building owned by Mack’s defunct construction company owes $3,250 in back taxes and fees to the city, tax sales records show.

The building at 302 West State Street carries two separate liens for taxes and fees dating back to December and has been the subject of two separate tax sales.

But while Foremost does not operate in the construction industry, the building is far from vacant.  During Mack’s run for mayor, 302 West State Street served as his campaign headquarters.  Throughout the tenure of his campaign, Mack paid himself a total of $4,250 in rent out of his campaign’s account.  In another month, the campaign wrote a check for $850 to cash, with “rent” as the explanation for the payment.  None of the money was used to satisfy the liens on the building.

Reached by phone, Mack said the information was “false,” before agreeing to email a letter drafted by his press secretary concerning his personal finances.  The letter was never sent.

Mack has faced questions throughout his candidacy on his personal finances.  His home on Berkeley Avenue in the city has been in foreclosure for about a month.  The house was up for Sheriff’s sale last month .  The mortgage holder, Beneficial Mortgage Co., filed for foreclosure, citing $319,457 due on the loan, a delinquent water bill, interest and costs. 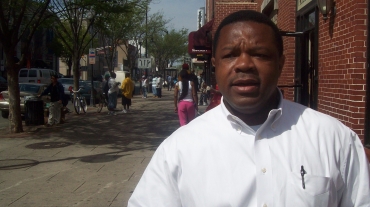