TRENTON – The craggy former beat cop and rosy-cheeked ex-Wall Street go-getter stood together at a podium an hour ago, as Trenton Council President George Muschal endorsed Republican Scott Sipprelle for Congress in the 12th District.

The setpiece occupied a strip of parking lot in front of the back of Muschal’s laundromat, where open double doors at the top of a ramp showed full motion spin cycles working over laundry loads.

Those clothes are a little the way Sipprelle has felt lately, as U.S. Rep. Rush Holt (D-Hopewell) responded to the venture capitalist’s challenge by revolving him into full-on campaign season politics, but Sipprelle appeared bucked up today standing next to Muschal, a cop for 39 years who ran a laughed-off campaign for council, ultimately proving the prognosticators dead wrong when he won his run-off.

“George and I share the same vision for cities like Trenton – economic empowerment, educational reform and a focus on independence from government, not dependence on it,” said the congressional candidate.

Muschal pledged to campaign for Sipprelle in that section of Trenton in the district, which includes just 19,640 of the 12th’s total 400,810 registered voters.

“I knocked on 5,100 doors and did 50,000 lit drops,” reflected the council president, who described himself as politically unaffiliated. “I flooded the area. After several weeks of talking to Scott, he impressed me with his heart. They told me I wasn’t in a race. They said it was like the Kentucky Derby – 50-1, and I told my wife, ‘I’m not going to lose.’ Scott was a winner to me.'”

Decrying the state of New Jersey’s urban areas and criticizing both Republicans as aloof and Democrats for taking the cities for granted, Sipprelle pledged to donate his salary as a congressman to charities in the district, and promised to contribute to an urban culture change, with his advocacy of vouchers and charter schools and simplified schedule C tax filings to incentivize entrepreneurs and small businesses.

Moreover, “We must assist the working poor by making it easier for them to enter the financial mainstream through Individual Development Accounts (IDAs),” said the GOP candidate. “This will allow people to build appreciating assets, like buying a first home, obtaining a post-secondary education or to start and expand a small business.”

Standing in a small crowd that included Sipprelle’s wife and father, City Hall gadfly Deon Clark saluted Sipprelle with a fist pump when the candidate identified him.

“If we can stand together, we can begin problem solving in America,” Sipprelle said. “When our cities fail, it is a problem for all of us.” 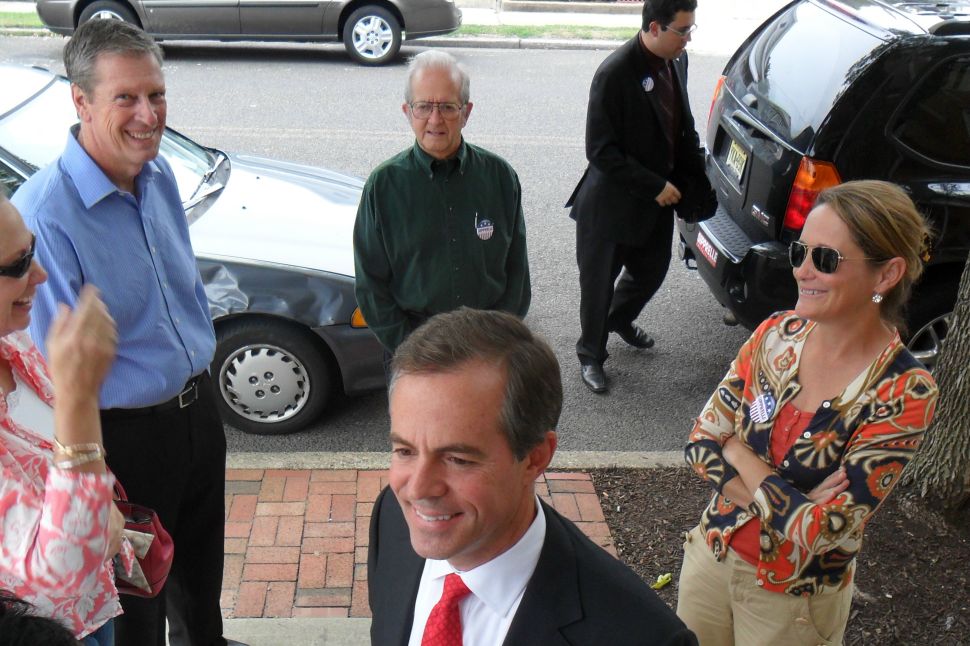