TRENTON – Dr. Rodney Lofton smiled on his way to the microphone to address the Senate Education Committee.

That expression evaporated fast as state Sen. M. Teresa Ruiz (D-Newark) picked apart an administration that did not go to the Board of Education to approve sending students out of district for special needs placement at millions of dollars in additional costs.

In the post since 2006, the superintendent of the Trenton Public Schools System made an opening statement designed in part to blunt the imminent onslaught.

“We already strengthened our procedures in some areas,” said Lofton, anticipating questions about a $1.9 million special education budget deficit and subsequent district-state action. “We hired an interim executive director of special education. …Many of the problems have been addressed. We welcome any support the Department of Education can give us. It is our hope to reduce the negative impact of these audit figures… on our children.”

Ruiz and Sen. Shirley Turner (D-Lawrence) had blistered Department of Edcuation officials earlier and brushed aside their “new to the job” explanations.

In 2008 the district allocated over $18 million for out-of-district placement; and in 2009, $13 million – and both expenditures never went before the Board of Education.

“Whose responsiblity is to secure approval on all school board expenditures?” Turner wanted to know.

“The business office,” was the boiled-down version of Lofton’s long answer.

“I do have people to explain to you the procedure to make it clear to you what it is,” said Lofton, who summoned forward a school district employee.

“I’m confused. I am not a school administrator, I’m not a business administrator. If there were any services or products that needed to be rendered… they would go through an RFQ or bidding, then the purchasing department would receive the bill.

“Do they talk to each other?” Ruiz demanded. “It’s not working. Who is internally receiving the stuff to get on the board agenda? What I’m hearing?”

Turner later twisted Lofton up as he tried to explain why the district has two salaried prinicpals working out of the central office on grants. 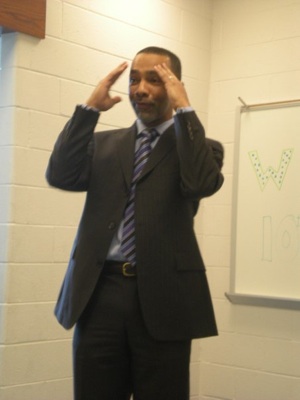