Innovation is needed, said Geoffrey Canada, president and CEO of the Harlem Children’s Zone, as he sat next to Christie to vouch for charter schools.

Canada and the HCZ, the 100-block project guiding the lives of the 10,000 children who live there, is highlighted in the new film “Waiting for Superman.”

If it doesn’t get you “sad and angry,” Christie said, “Then go to the doctor and check it out.”

The problem with schools, according to Canada: “There’s been no competition,” which creates a lack of innovation. “Innovation is being driven by ultimately outsiders to our system (…) Right now, the innovation is in charter schools.”

“But the system just goes on fine and all of the adults get to stay and do well,” he said. “They all go on vacations, they do well.”

Canada was so sure his charter could improve comparatively that he staked his job on it.

“I was going to fire myself,” he recounted telling administrators at his school, if the metrics were not better than the surrounding schools after five years.

And as his staff jotted down the challenge for posterity sake, he told them, “But you all know, I’m the last one that’s leaving.”

He’s not opposed to firing teachers, usually avoided in Manhattan, thus the existence of the Rubber Room, where teachers who can’t be fired sit and collect their pay.

“I don’t think there’s anything controversial about these decisions,” Canada said. “We make mistakes from time to time with hiring people. We fire people who can’t deliver for our kids.”

In most charter schools, educational flexibility is increased through the absence of a union.

“If charter schools were unionized there would be no pushback,” Canada surmised. “(W)e can meet as a team of administrators and teachers, figure out what we need to do and do it, and we don’t have to talk to another person.

Charter schools, he said, “liberate our systems for our teachers so they know what it looks like to achieve that level of professionalism, and then reward them.”

“I love this guy,” Christie jumped in.

“If we adopt these reforms,” he said, “there are going to be great charter schools in New Jersey, and more of them.”

Including, he said, new classifications of charters focused on areas like special education, cyber-schooling, or single sex schools.

Christie praised the “Superman” film and another digital tome by Hoboken resident Bob Bowdon, who was present for the town hall today.

“You dream about this kind of government,” Bowdon told PolitickerNJ. “Nobody was talking about this stuff. It’s the reason I was willing to spend three years of my life making this film.”

He left his job at Bloomberg News and worked on his documentary film, “The Cartel,” which was released last year.

“The Cartel” that details the trials and tribulations of the educational systems in New Jersey: a janitor making a six-figures, a dozen luxury cars in an school employee parking lot, and blocked charter schools.

In math, 70 percent of the charter kids (K-8) outperformed the local districts.

Of course, as Canada admits, some of the charter schools are “lousy,” but he said education is the only industry where future innovation in torpedoed by one “lousy” iteration. “Remember Palm Pilots?” 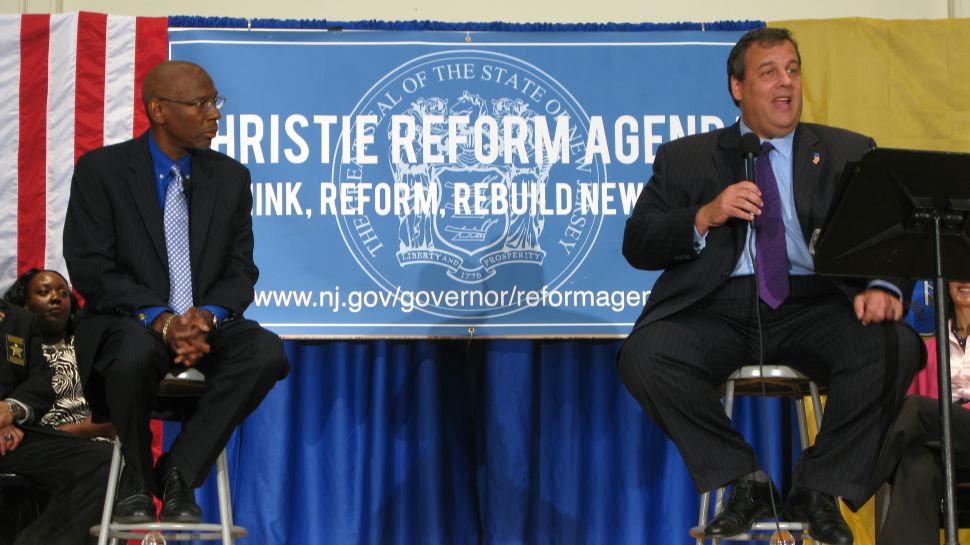