TRENTON – The Senate Economic Growth Committee is hearing testimony concerning the Waterfront Commission of New York Harbor. Several business and union reps are arguing against further oversight from a commission they say has already bogged down private sector growth.

The committee, chaired by State Sen. Ray Lesniak (D-Elizabeth), is grappling with the legislative authority of the WC’s proposal, the need for such requirements, and impact on the competitiveness of the port.

Lesniak compared the creation of the WC in the 1950s to one of his initiatives, the garbage administration program, which dealt with a “mobbed-up” industry.

Both government programs were created to “drive the mob out.”

The WC – “which was obviously necessary then when Marlon Brando was on the scene,” Lesniak said – is no longer needed, the chairman said.

Asking about hiring practices, Lesniak led into his question by recalling how things were, like the union boss asking for his brother to be hired.

Lesniak, with a smile, said, “Maybe we need a Waterfront Commission.”

Below is the history of the WC, from their website.

“In the early 1950’s, an aging freighter, its belly loaded with crates, cartons, barrels and drums, is docked alongside one of the many ancient finger piers jutting into the waters of the Port of New York-New Jersey. At the sound of a whistle blown by a hiring foreman, a semi-circle of apprehensive longshoremen gathers in the hope that they will be selected to unload the vessel.

The foreman, often an ex-felon with a long criminal record, chooses laborers who are willing to “kickback” a portion of their wages for the opportunity to unload the ship, piece by piece. Each hapless dock worker must subject himself to this notorious daily “shape-up” to attain even the possibility of employment. The union, dominated by racketeers and criminals, does little to ease the burden of the rank-and-file worker.

Cargo theft and pilferage are rampant. Pier guards are unwilling or unable to contain thievery.
At the foot of the pier, a parasitic “public loader” coerces truckers to employ him to unload and load trucks, even though the “services” of these loaders are not needed or wanted.

In a downtown restaurant, an officer of a stevedoring firm pays a “gratuity” to a waterfront union official to insure “labor peace.” “Quickie” strikes are commonplace. The stevedore company official gladly bribes an executive of a steamship company for a lucrative contract.

This pervasive corruption on the waterfront in the Port of New York-New Jersey was documented in the early 1950’s by public hearings held by the New York State Crime Commission with the assistance of the New Jersey Law Enforcement Council. As a result, in August 1953, the States of New York and New Jersey, with the approval of the Congress and the President of the United States, enacted a compact creating the Waterfront Commission of New York Harbor.” 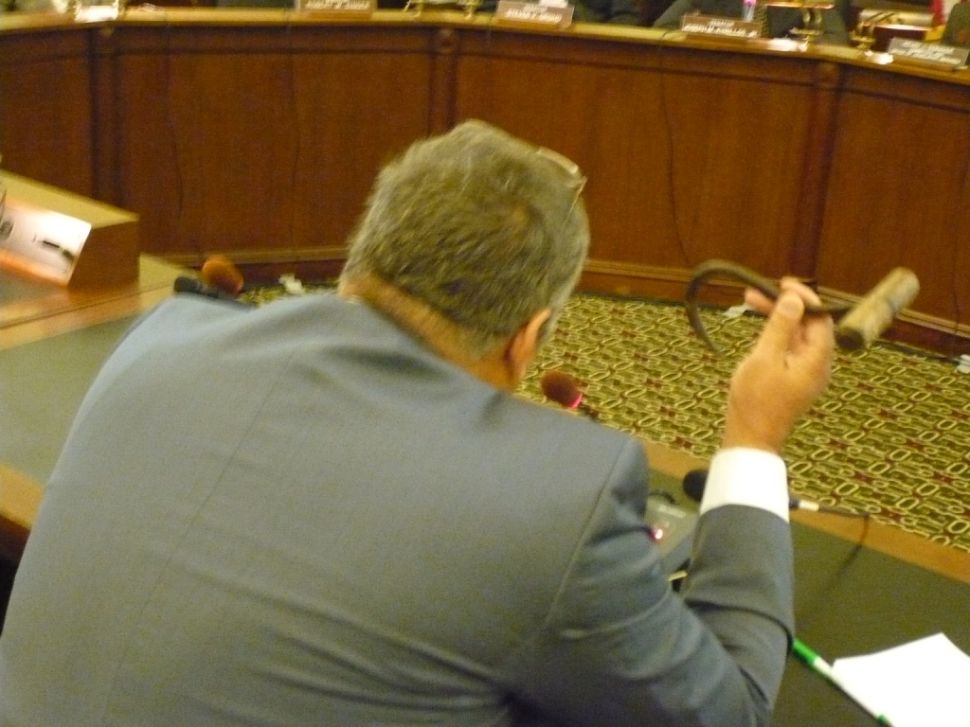