Topics: The donation of $100 million by Facebook founder Mark Zuckerberg to Newark Public Schools on Friday’s Oprah Winfrey Show, the unsuccessful attempt by the NJ Legislature to override Gov. Chris Christie’s veto of a women’s health appropriations bill, and the recent moratorium put on the Trans-Hudson Passenger Rail Tunnell project due to possible cost overruns.

Reporters: Nick Accocella of Politifax; Juliet Fletcher of the Press of Atlantic City; Matt Friedman of the Newark Star-Ledger; and Charles Stile of the Bergen Record.

Topics: The Trans-Hudson Passenger Rail Tunnel moratorium and the future of the Transportation Trust Fund. 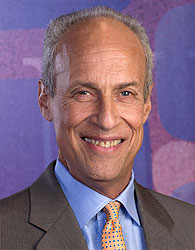