HOBOKEN – Seventeen municipal workers will be laid off, but the jobs of 18 police officers might have been saved in Hoboken.

Mayor Dawn Zimmer was holding her ground on a $2.5 million savings plan to demote 19 police personnel and lay off another 18, as well as 18 municipal workers.

“It appears we are going to be able to avoid any layoffs in public safety,” Zimmer said. “Demotions will move forward on Sept. 2,” unless more retirement papers are filed.

Zimmer announced five jobs were saved through the creation of a Housing Authority bureau that had been in discussion for years. The other 13 jobs will be saved through retirements, although the city has had issues in the past where retirements were promised, but not delivered.

As leverage, Zimmer extended a police layoff plan already in place 60 days until December 3 when several police officers are expected to retire.

“I am confident that they’ll happen,” she said afterward.

With 19 demotions, 13 retirements, and no layoffs, the city will increase street patrols by 38 percent.

The plan is likely to get the majority backing of the City Council, as well as approvals from the federal Department of Housing and Urban Development, which controls the funding allocated by the HHA. Since the HHA was already paying $540,000 per year to police for overtime patrols, the money will now go to the city for the Housing Authority Bureau.

Another piece in this puzzle is ongoing negotiations between police and Zimmer, but Falco said he thinks the sides are making progress.

Of the creation of the public housing bureau, Zimmer said at the conference that 4th Ward Councilman Michael Lenz “approached me and said now is the time to do this.”

The political significance of her statement, as a contentious 4th Ward November special election draws near, was not lost on the opposition, some whom were in attendance.

The idea to create a public housing bureau had been batted around for years, as Lenz admits and credits to political nemesis Perry Belfiore, a strong backer of Lenz’s opponent in the 4th Ward, Tim Occhipinti.

“The plan was on the table in its initial form by Perry Belfiore – to hire new patrolmen,” Lenz said. “The piece that I get some credit for is translating, saying that we can avoid layoffs by creating the bureau.”

“He plagiarized it,” Belfiore said after the press conference. And considering how long it takes ideas to find action in town, he said, “If the Wright Brothers were from Hoboken, we’d still be taking stream ships to Europe.”

Housing Commissioner Dominic Lisa said, “I think with the situation with the layoffs pending, the mayor took advantage of an idea that had been floating around before the board for years.”

Garcia gave effusive praise to Zimmer, and even though his job as head director in the projects is non-political, many 4th Ward residents listen to him.

Locally, she’s been getting hammered over the layoffs and may have overreacted in calling out a priest after a police mass.

The police unions have been organizing, protesting, and conducting an all-out media onslaught against Zimmer.

Pleased with today’s compromise, PBA rep Vincent Lombardi said after the press conference, “In light of this, the PBA has agreed to temporarily suspended its informative media campaign. However, if things change, or the mayor changes her mind, the PBA will respond accordingly.”

That includes a commercial that was set to air that has been put on the shelf. Now, Zimmer can breathe easily and try to get Lenz, her deciding vote on the council elected in November.

Asked if she called off the hounds as part of this settlement, Zimmer said no: “It’s not a P.R. issue.” 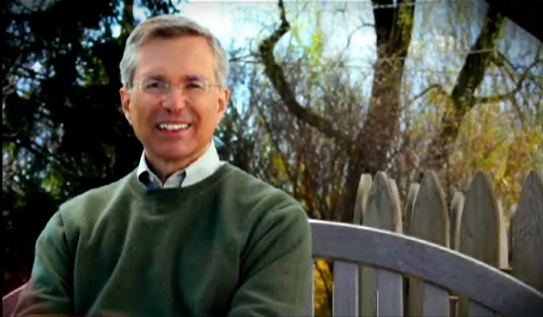