10.11.10:  Periodically, I get e-mails and free copies of books to review, so I thought I would take this opportunity to review a few of them for liberal readers out there.

When I was out in Nevada at the Right Online Conference back in August, I had the opportunity of meeting a married couple –the Quinns––who started a little business franchising Tea Party Organizations on a state-by-state basis. They told me that for only $49.95 you could have a Charter Membership In The National Tea Party Organization.

That’s right––your Charter Membership Kit would include one T-shirt of your choice; a package of three twisted paper and two European rope handle bags with “National Tea Party Organization” emblazoned proudly on the bag; a Charter Membership Certificate suitable for framing; 10 personalized National Tea Party Organization business cards––and a $10 rebate offer: for each five new charter members that you added, the Quinns would cut you a check for 10 bucks!

DANGEROUS BREW, The Definitive Tea Party Reader is a book that features the voices of more than a dozen of the smartest observers of right-wing politics in America. The book explores the complex story of the tea party movement, From its inception as a grassroots, antitax uprising, to its current formation as a coalition organized by Fox news, powerful corporate interests, and the old men of the new right. ––as both a blessing and a curse to the  thinking members of the Republican Party.

Most progressives think the foot politics soldiers of the Tea parties movement are wing nuts ––the kooky fringe of American politics. Or maybe what is left of a once decent conservative movement within the Republican Party.

DANGEROUS BREW covers everything you need to know about this most dangerous right wing social experiment, the Republican Party’s role and the media and corporations who support the Tea Party.

Don’t go into the voting booth this November without reading this first. 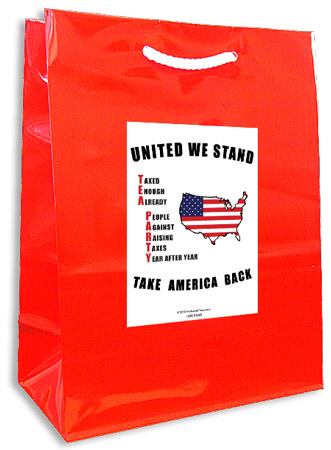