TRENTON – U.S. Rep. Rush Holt (D-Hopewell Twp.) said he absolutely stands by his radio ad that chastises GOP opponent Scott Sipprelle for serving on an advisory committee during a revaluation year that resulted in Sipprelle’s home value increasing while the property taxes he pays on his Princeton home lowered.

“Look at it on the face of it,” said Holt, moments after convening a Statehouse press conference where he received the endorsements of the Sierra Club and the New Jersey Environmental Federation.

Venture capitalist Sipprelle told the Trenton Times that the charge was “slanderous,” and doubled down today in a conversation with PolitickerNJ.com.

“He has a blatant disregard for the facts,” Sipprelle said of the incumbent. “He’s totally making that up. The committee had no impact on drawing the maps. It’s a sad statement on his credibility. It was a citizens committee that was drafted up. They asked for volunteers to participate and I was selected. I was trying to be a good citizen.”

Sipprelle noted that the town tax assessor repudiated the story as “ridiculous.”

Holt’s attack, he added, is “symptomatic of a detached political elite that will do anything for votes.”

But Holt, a scientist who ran Princeton’s plasma lab before running for congress, said, “I certainly stand by the ad. He sat on a commission that was tasked with drawing maps fairly. He participated to some extent and the outcome was his own property doubled in value and his taxes decreased by 20%.”

Sierra Club Director Jeff Tittel and Environmental Federation Director David Pringle today recognized Holt as a dedicated friend of the environment, and the 12th District congressman used the endorsement to re-emphasize his public interest focus – in contrast, he said, to his opponent’s. He also tied his high environmental rating to economic pragmatism.

“I’ve been a champion of looking after the nation’s lands to make sure the public interest is observed,” Holt said. “To whom does the American Dream belong. All of us, or a privileged few? It is expensive if we foul our air and water and send sprawl all over our lands. …Preserving the environment is something we do in common.”

The campaign alluded to a youtube video in which Sipprelle declares, “I’m not an expert on global warming and I really don’t care to be.”

“We’re still waiting for you to atone for it,” Tittel told Pringle, referring to his Christie endorsement.

On his way to greet commuters as they board public transportation to return to the 12th District, Sipprelle described Holt’s characterizations of his environmental positions – including his opposition to cap and trade – as smears and distortions.

He noted that his wife belongs to the Garden Club, and “we’ve (supported) the Nature Conservancy and the Delaware and Raritan Greenway. We’ve done fundraisers for them and for the Open Space Institute. That’s tangible evidence that precedes my political campaign.” But Holt’s allies underscored that someone doesn’t say “Drill, Baby, Drill” and brag about not being an expert on global warming and then get to say he cares about the environment. 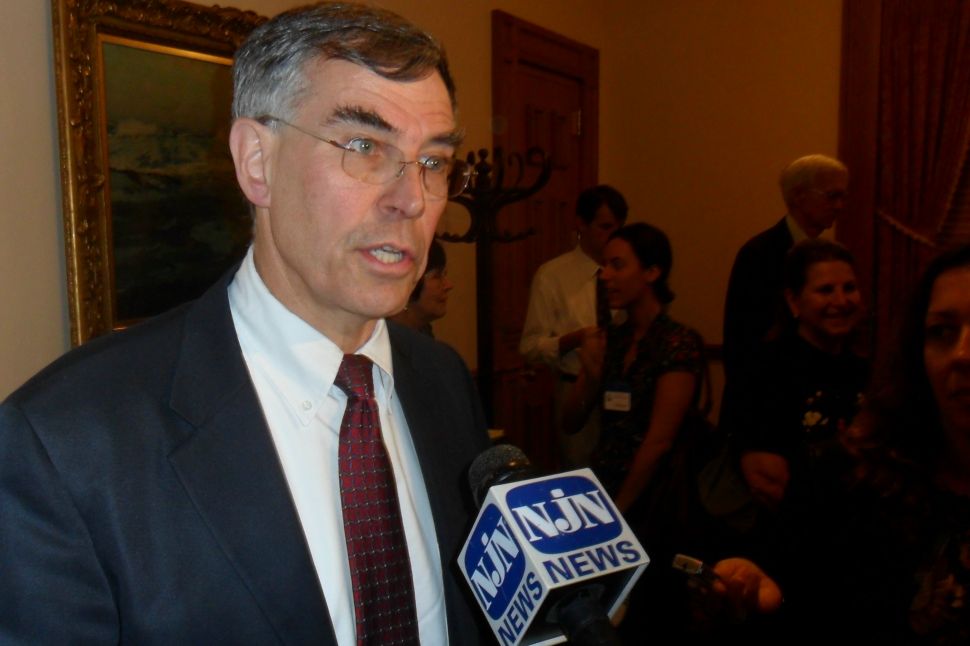