Clinging to the side of Route 70 a few miles west of Route 295, Ponzio’s Diner sprawls into different sections. In the bar, the voice of Sean Hannity rises over the din and a screen shows a backroads 4-by-4 race. A handful of young people with “John Adler” signs tucked under their arms appear early and apparently ready to project a show of force out in front of the diner as we approach showtime.

A retro marquee on the road advertises the Adler-Runyan radio debate and inside, a flashing screen shows a pile of butter and syrup covered pancakes one moment and then the faces of Runyan and Adler the next. When Hannity goes to commercial, the first ad highlights the Pennsylvania U.S. Senate race. Moments later, an ad sounds for another across-the-river candidate, this one a congressional incumbent.

Reporters and photographers and operatives shamble in the frontage road outside as rush hour traffic rumbles east and west. Assemblywoman Pam Lampitt (D-Cherry Hill) appears and works the bar before she heads off to another section of the diner.

“Jon,” says a grinning Adler, extending his hand, and Runyan takes it and shakes it, and moments from now the men will debate for the last time before their Nov. 2nd showdown. 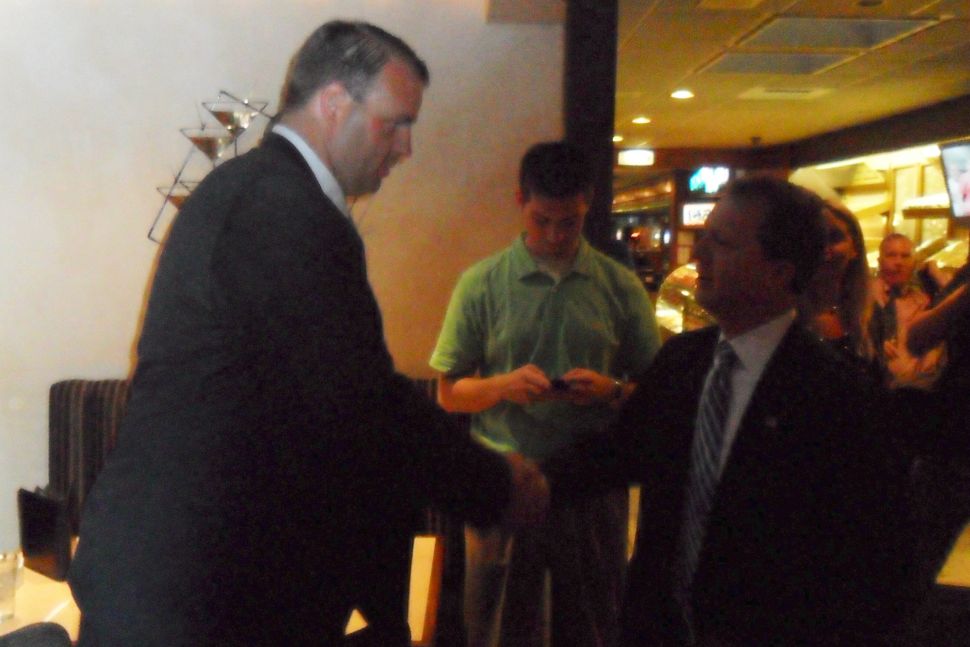