TRENTON – Richard Loccke, counsel for the N.J. AFL-CIO, testifies in opposition to the legislature’s arbitration reform proposal, which Assembly Budget Chairman Lou Greenwald said will pass out of his committee this afternoon.

The current method of review award is subject to the arbitration commission and a general counsel. The legislation pending approval by the budget committee scraps that arrangement and “puts in two arbitrators and an appointee by the local finance board,” notes Loccke, who believes the substitution would weaken the process and leave government open to a more energized legal challenge.

“The public is better served by having a more experienced arbitrator there,” Loccke says. “Over 94% of all arbitrator appointments were settled.”

“The newness of someone doesn’t affect their ability,” Greenwald says. “This calls for continuation of legal education. Why would we resist further criteria for them?”

Assemblyman Joe Malone (R-Burlington) steps in and complains about all of the legalese.

“One of the problems with this process is the complex process you just laid out,” he says. “Maybe we need to simplify some of this; talk a little bit about what the heck is going on. If we’re getting this complicated regarding decisions about public money and the taxpayers, nobody will know what’s going on. What I’m listening to right now doesn’t sound like common sense. We in this building have been plagued by a lack of common sense at times.”

Moments later, “No one can suggest to me now that the current system works,” says Assemblyman Declan O’Scanlon (R-Little Silver). “Are you disputing that the real labor costs have increased by over 30% in five years?”

Later, Bill Dressel, executive director of the New Jersey League of Municipalities, says, “I quote the speaker (Sheila Oliver), who said at an afternoon press conference that the system is broken. We agree. It’s broken.

“I applaud that this process is happening, but we believe (like Gov. Chris Christie) that we need a hard cap (in interest arbitration reform),” he adds. 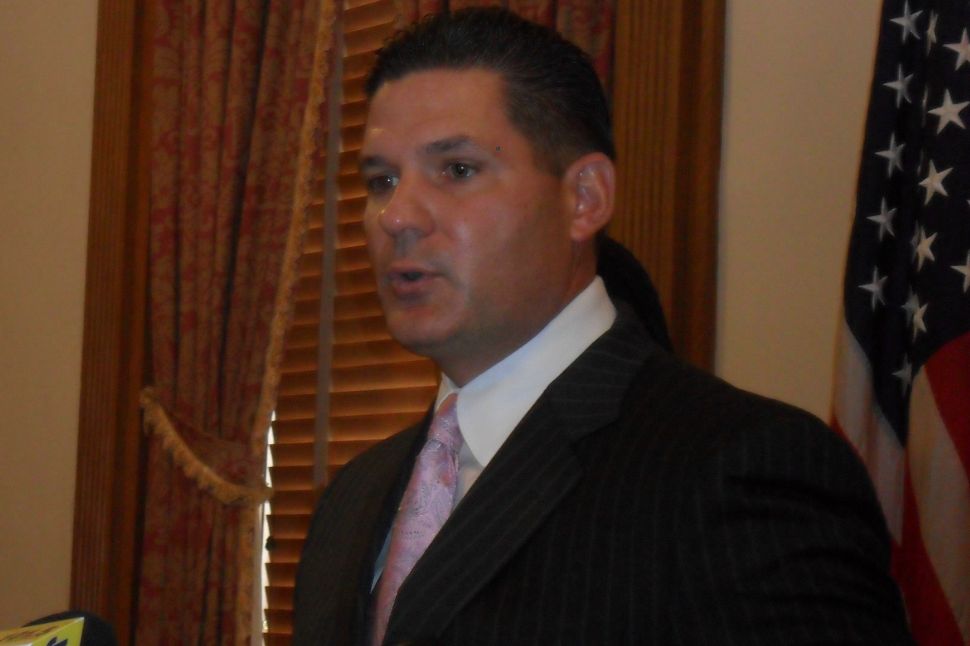