TOMS RIVER – Moments after his debate with Republican Jon Runyan, U.S. Rep. John Adler (D-Cherry Hill) said he would leave it up to the voters to decide whether Runyan’s answer regarding his opposition to a Supreme Court decision from the last ten to 15 years was sufficient reason to sink the former Philadelphia Eagle.

“I think I’ve come to this election prepared to debate,” Adler told PolitickerNJ.com following his clash with Runyan at Ocean County College.

Adler asked which, if any, Supreme Court decisions the Republican disagreed with over the course of the last 15 years, and Runyan replied, “Dred Scott,” referring to the pre-Civil War case in which a slave of the same name failed to win his freedom in a lawsuit.

When asked what case he would have chosen had he fielded the question, the Democratic congressman noted Citizens United v. the Federal Election Commission (FEC), in which justices earlier this year ruled that the First Amendment protects the corporate funding of political campaign broadcasts.

Working voters’ hands in the auditorium hallway after the debate, Runyan said Adler was unable to answer one of the challenger’s debate questions, namely whether he would assume responsibility for the state’s fiscal crisis.

“John Adler is trying to run to the midddle because he realizes this is a moderate to conservative district,” Runyan said. “But he helped create the fiscal wreck we have in this state, and he wouldn’t take ownership of that fact.”

Asked again about which Supreme Court decision of the last 10 to 15 years he opposed, Runyan said, “Eminent domain.”

Of the Dred Scott decision, the candidate said, “Quite frankly, it was disturbing. It sticks in your head after all these years, since reading about it in school.

“When you get into something like that,” Runyan added, referring to the context of the debate itself, “there’s a lot of lawyer speak, and people are fed up with that sort of thing. Yes or no. It’s not that difficult.” 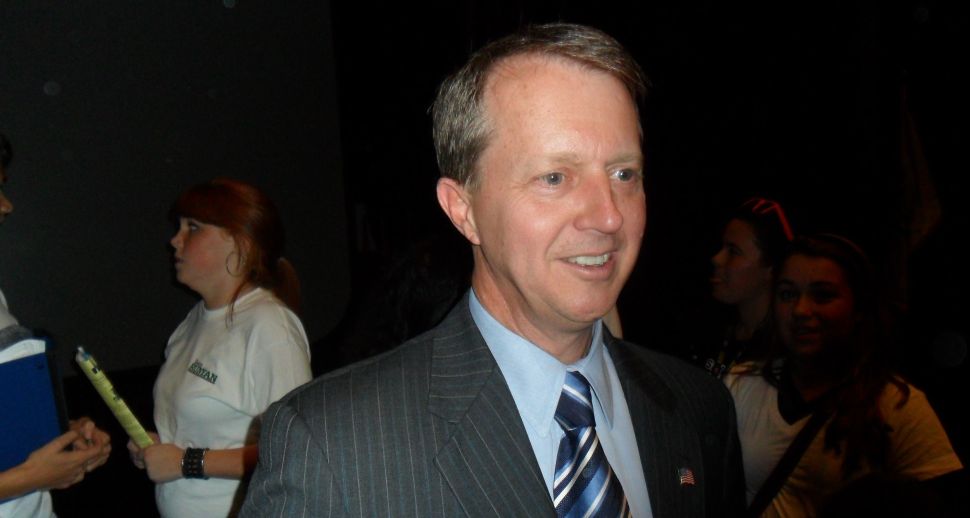