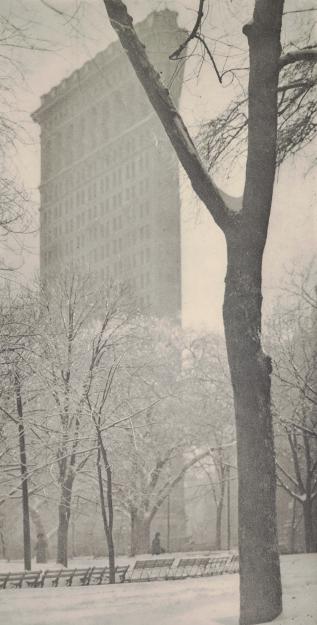 As soon as the building was completed in 1902, it was immensely popular, the subject of many a New York postcard. According to the new book, the phrase "23 skidoo" comes from what police told loiters gawking at it on 23rd street. Stieglitz remarked that it "...appeared to be moving toward [him] like the bow of a monster ocean steamer—a picture of a new America still in the making." In his photo, it's dwarfed by the a tree in the foreground. 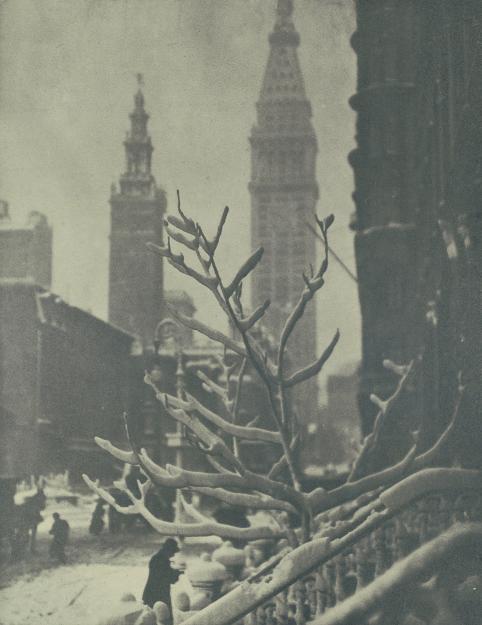 A tree takes the foreground in this shot as well, on Madison Avenue near East 30th street. The original Stanford White Madison Square Garden and the original Metropolitan Life building may be seen in the background. 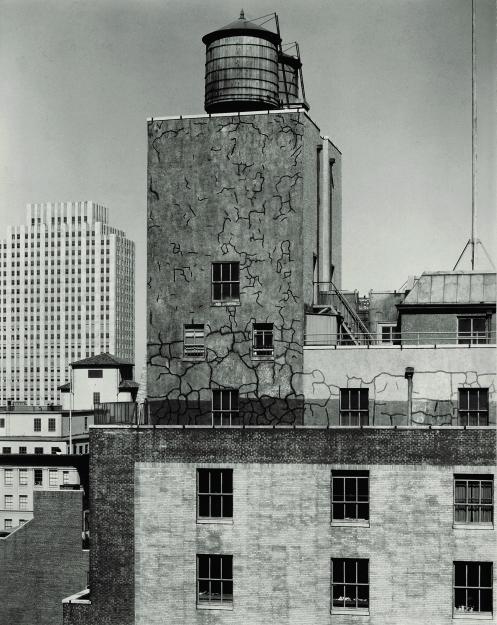 Here, the deteriorating concrete wall in the foreground provides a note of contrast with the splendor of Radio City in the background. 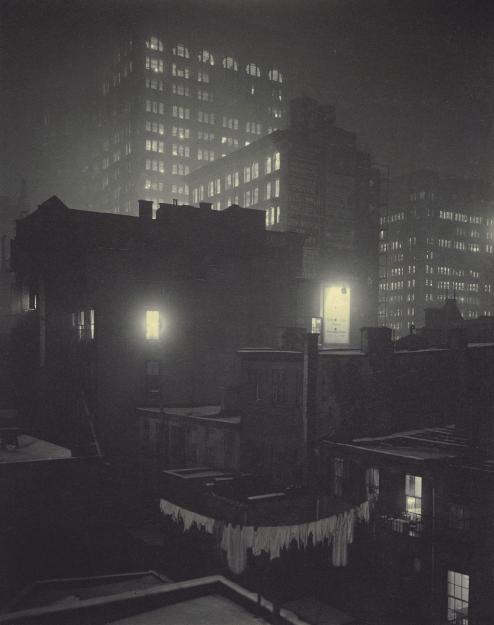 Flashes of urban life can be discerned in this shot taken from the back of Stieglitz's Fifth Avenue gallery. 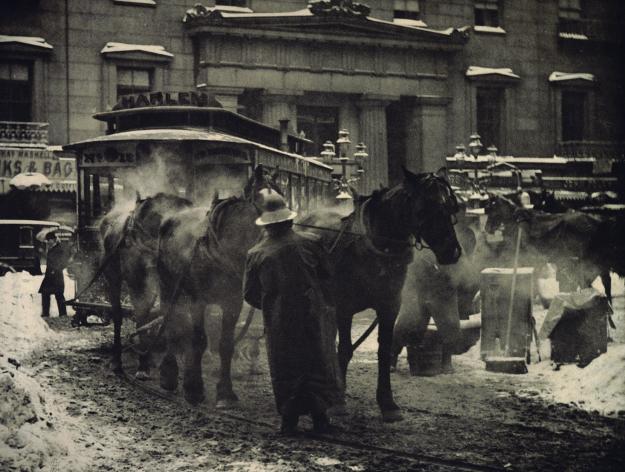 One of Stieglitz's most acclaimed works, this photograph was taken on Third Avenue, near City Hall. Astor House can be seen in the background. 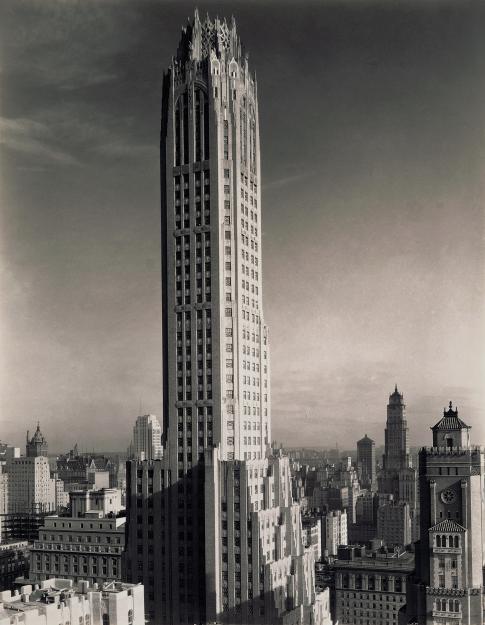 This shot of the RCA Victor Tower was taken from The Shelton hotel, where Stieglitz lived with his wife, Georgia O'Keeffe. 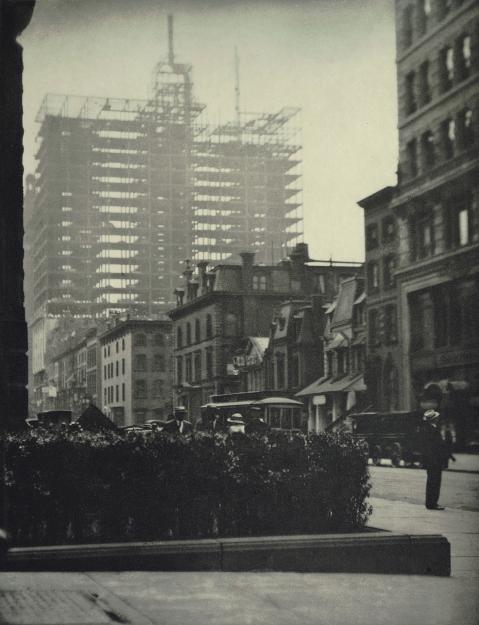 The Vanderbilt hotel, under construction. 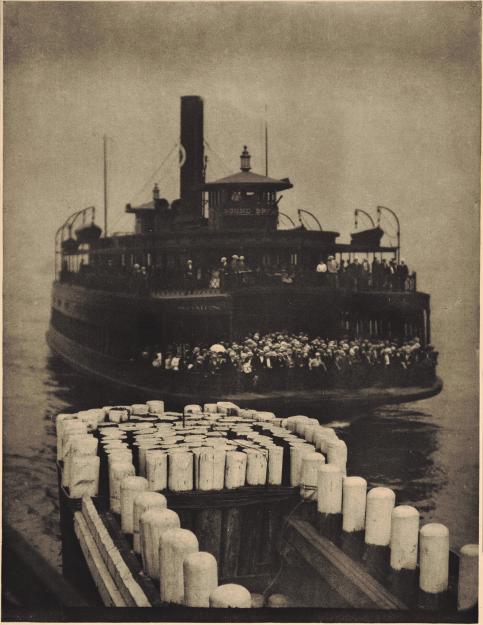 Seen here is a commuter boat from New Jersey. At the time, Stieglitz was commuting frequently to see his first wife and daughter at a vacation home. 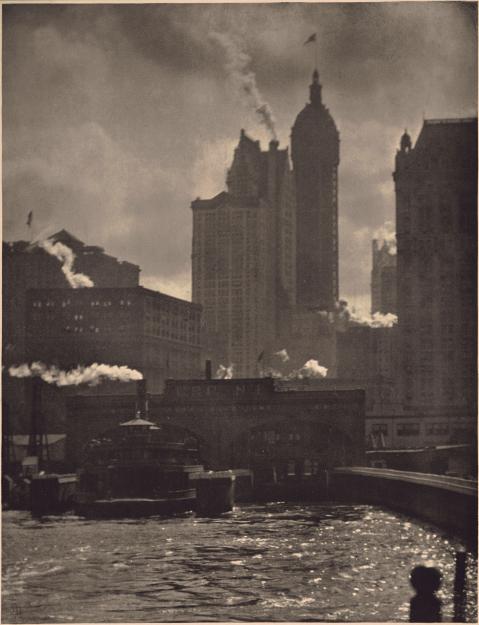 Another harbor scene, this one taken from the ferry deck, looking back on the city. 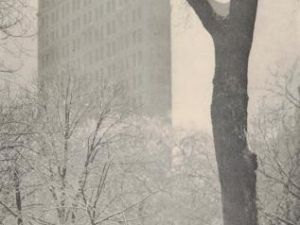 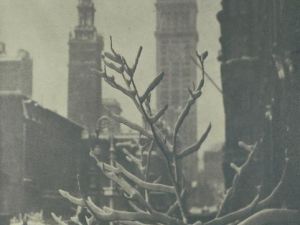 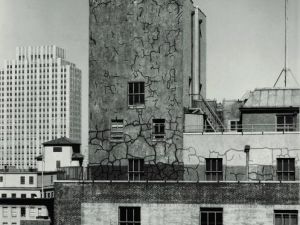 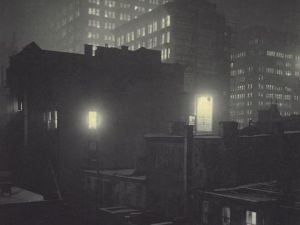 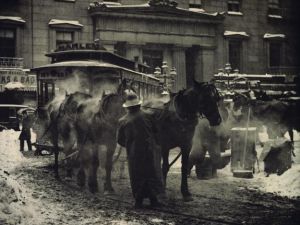 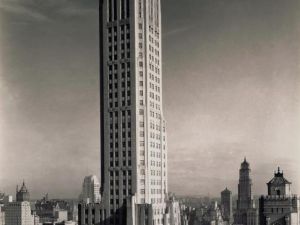 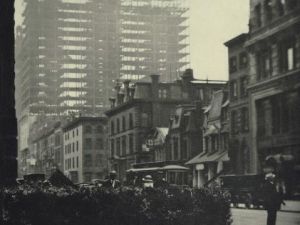 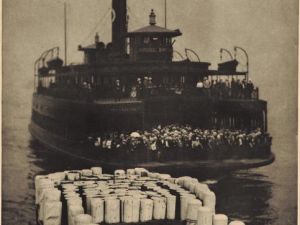 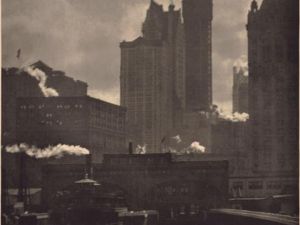