In its 25th year, the mayor’s grand ball fundraiser is one of the biggest political parties of the year. Last night, River Drive in Garfield was nearly shut down with hundreds who showed up at the buffet-and-waterfalls oasis at The Venetian to pay homage to the North Jersey powerbroker who scores a governmental hat trick with rank at the state, city, and school levels.

According to one of the dignitaries, Sacco’s Ball bests the top-notch fundraisers thrown by state Sen. John Girgenti (D-Hawthorne) because the women are better looking.

Who said it? Take your pick. It was close to a Democratic Caucus quorum.

Sacco recalled memories of his first election – a recall for commissioner in 1985 – and thanked his friends and supporters before cutting into a Cake Boss likeness of North Bergen City Hall with the mayor standing out front.

Interestingly, another recall veteran, Dr. Felix Roque was in attendance, as well. Roque tried to take the mayor seat from Sacco’s ally Vega in West New York, but a judge overturned the inititive earlier this year.

Not in attendance was Jersey City Mayor Jeremiah Healy, although his supporters argued his attendance at a retirement party for cops and firemen was booked before invitations for Sacco’s shindig hit the mailbox.

Cynics believe the Hudson County Sheriff’s race is keeping Healy on the outs since his friend Sheriff Juan Perez was ousted from the Democratic ticket.

During a short program, Buono called Sacco one of the quieter senators, “But when he talks, everyone listens.” 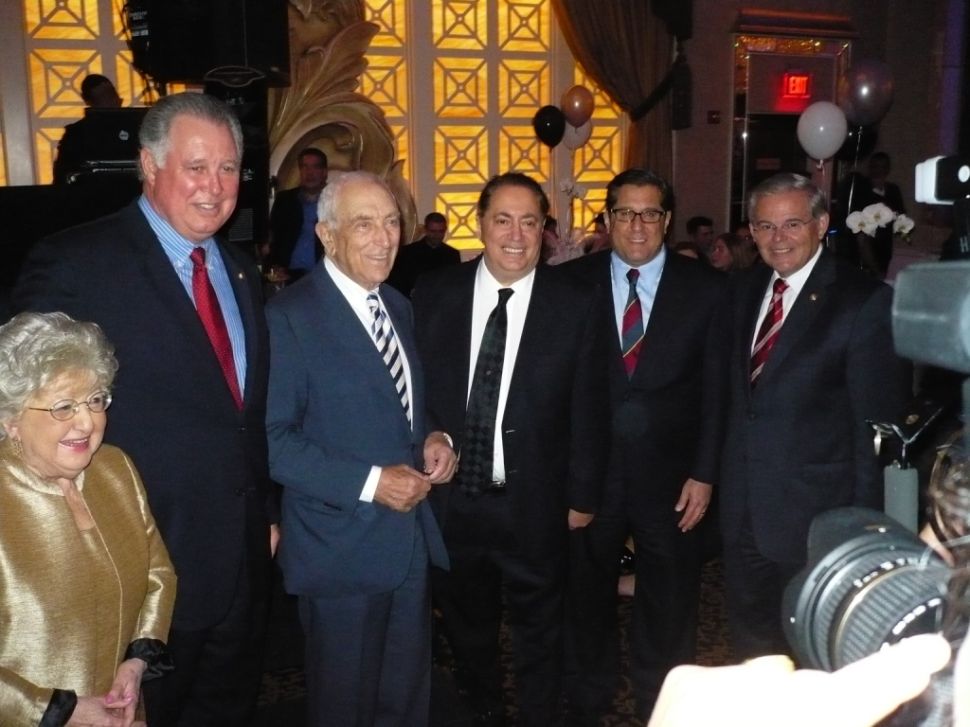