WAYNE – Coming to the race late as a Democratic Party replacement for retired Passaic County Sheriff Jerry Speziale, Clifton Det. Lt. Richard Berdnik this week supplemented $65,482 cash on hand with $34,490, including $29,490 from the Friends of Richard Berdnik.

At their League of Women Voters debate tonight at the Wayne Township Municipal Building, Garcia tells Berdnik that he wouldn’t know how to get to the jail.

“Mr. Garcia, I do know where that jail is located because I delivered prisoners to that jail,” says Berdnik, who challenges the rapidity with which Garcia rose through the ranks, missing the ranks of “sergeant, lieutenant and captain.”

“I must have been good,” Garcia deadpans.

The sheriff’s race between Puerto Rican immigrant Garcia, who grew up in Paterson and lives in Wayne, and the Clifton cop, has garnered the most attention up here in Passaic County this year.

An intra-party battle between Passaic County Democratic Chairman John Currie and Paterson Councilman Rigo Rodriguez spilled into the contest, as Rodriguez and fellow Councilman Julio Tavarez – work on Garcia’s behalf with the financial support of the NJ Latino Leadership Alliance.

Democrats eager for more information about the Garcia campaign’s finances received no intel in the form of this week’s 48-hour notices, while the Currie-helmed Democratic organization has over $600,000 in the bank.

“I’m a graduate of the FBI National Academy, I’ve gone into burning buildings, I have over 1,000 arrests,” says Berdnik, meeting Garcia’s challenge that he doesn’t know the inner workings of the sheriff’s office. 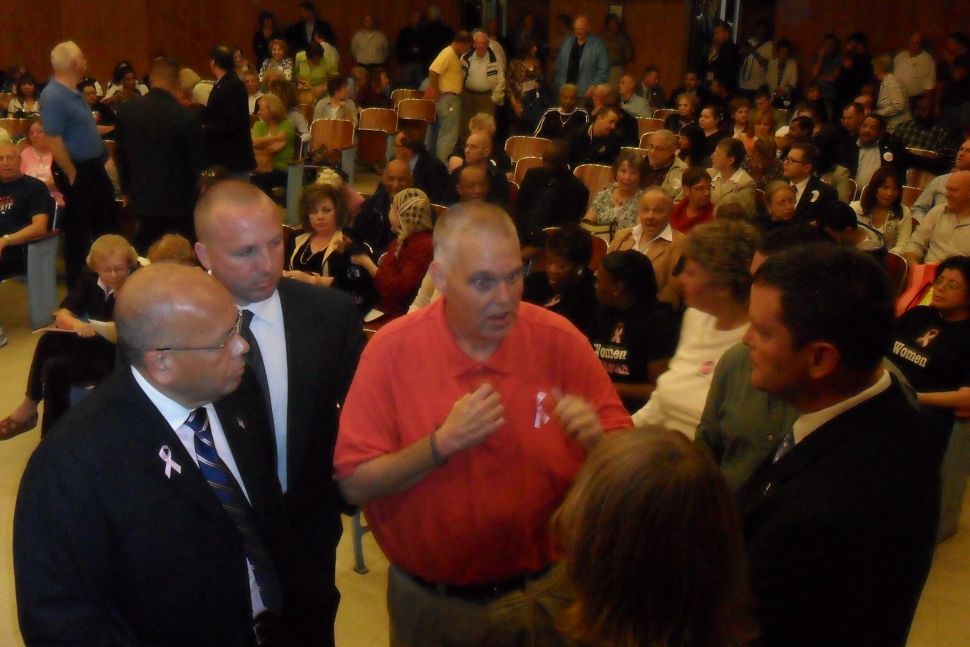