“This is a district that should be represented by a common-sense Republican,” Christie said, not a “Corzine-liberal” Democrat.

“This is the beginning of sending John Adler back to practicing law,” Christie said to applause.

“He’ll out-spend you. I know what that’s like,” he said. “We just have to work harder.”

Runyan said, “”All the energy, all the sweat, all the tears you put into it, that makes victory that much sweeter.”

“I think the governor said it well,” Runyan told the crowd. “Out of all the people to throw in front of this runaway train, I’m probably the best person.”

Adler is guilty of “fake advertising,” Christie said: “He’s not who he says he is.”

“This is the first time I heard John Adler say he’s a moderate,” Christie said, reaching back to Adler’s days in the state Senate to prove his point.

“He’s going to make you proud,” Christie told the crowd of supporters gathered in his strip mall headquarters. “Jon Runyan in, John Adler out.”

Christie again mentioned his father’s support for Runyan, working in the phone bank and proudly telling callers he’s the governor’s dad before laundry listing them on Runyan’s talking points. “He’s working harder for Jon that he did for me last year,” Christie joked.

She told PolitickerNJ, “We’re hoping that Jon is going to be that.” 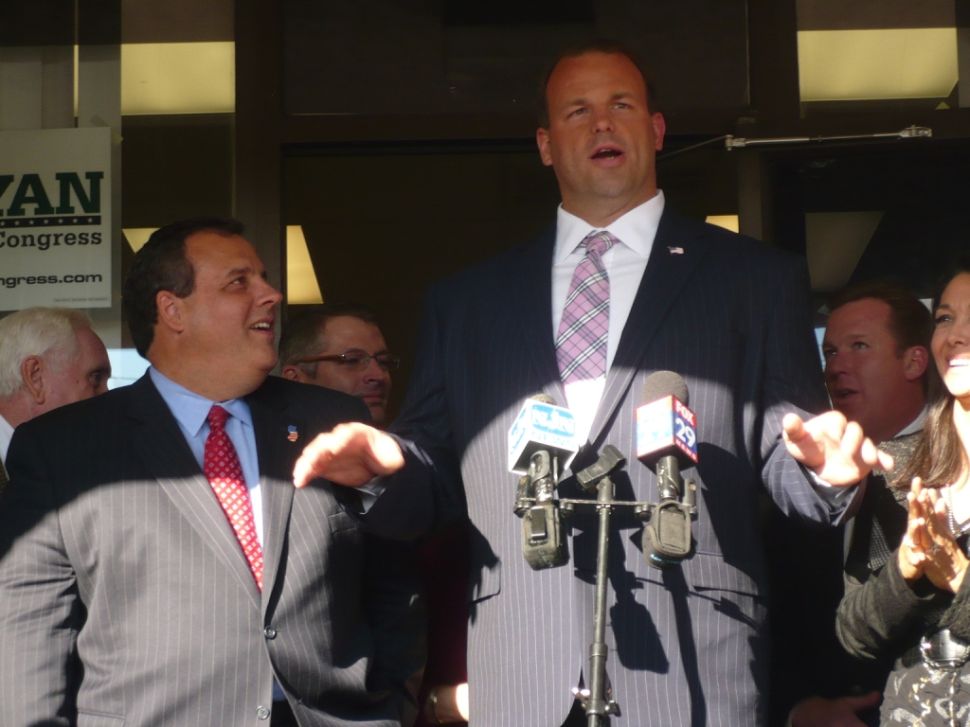