Political junkies eager for a glimpse of state Sen. M. Teresa Ruiz (D-Newark) in her usual place at the lectern, emceeing an event for an Essex Party Organization Democrat, were instead treated to Assembly Speaker Sheila Oliver (D-East Orange) at a fundraiser last night for Essex County Clerk Chris Durkin.

Political hangers-on checked “in jeopardy” next to the Ruiz box when they didn’t see her.

Exhaustion seemed to permeate the feud between Essex County Executive Joe DiVincenzo and former Senate President Richard Codey (D-Roseland), as the latter maintained a subdued presence at his cousin’s event. A year ago in the aftermath of DiVincenzo’s demolition of Codey as Senate Prez, Codey zinged the county exec with the line, “He names an arena after me, and now he wants to put me on ice.”

Last night at Durkin’s, former Gov. Brendan Byrne registered the most laughs when he told the crowd, “I was just at Codey’s funeral home. My picture was up there under ‘Coming Attractions.'” 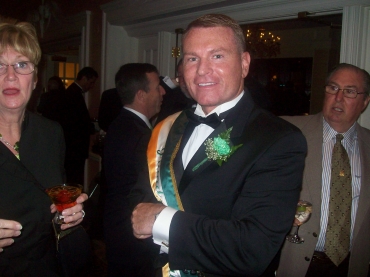