“It’s very discouraging,” Amador told PolitickerNJ.com in the elevator on the way up to the council chamber, where the governing body will consider amendments to the city budget.

Amador said he can’t vote for the budget as it stands: too many public worker layoffs and too big a projected tax hike -16% – to give him comfort. The budget as conceived would rely on a sale leaseback of city properties totaling $40 million; and require leadership to lay off 850 city employees to help plug an $83 million budget gap perpetuated by Booker’s failure to create a revenue-generating municipal utilities authority (MUA). A four-day work week is already in effect to combat City Hall costs.

At-Large Councilman Luis Quintana likewise said he does not plan to vote aye on the city budget. “I always abstain,” Quintana said.

The mood is grim.

“We’re not enamored of this idea, it’s not the best idea, but it’s the best we can do to make sure our residents are not impacted by a 35% to 42% tax increase,” Payne later told a resident, angry at the microphone during the public comment portion of the meeting.

A Booker staffer in the hallway looked drained. The 2010 budget process has dragged, stagnated and dragged since Booker won re-election in May over an opponent, Clifford Minor, who is under indictment on corruption charges.

Now residents aware of that back story say they’ll be damned to endure a tax increase with that specter over City Hall.

Amador told a growing and irritated crowd that he can’t endorse the budget as currently conceived, not when it includes the layoff of 160 cops and 80 firefighters. He put the crisis in perspective, noting that the city did not receive $45 million from the city this year and $40 million it expected from the Port Authority of New York and New Jersey.

But he said he can’t abide the idea of laying off rank and file workers while higher ups in the administration continue to receive salaries without justifying their existence, his words.

“The city’s in shambles,” activist Frank Hertz said a moment later. “The decimation of the black middle class, that’s what this is about. Everyone of you are guilty of propigating privatization and gentrification. 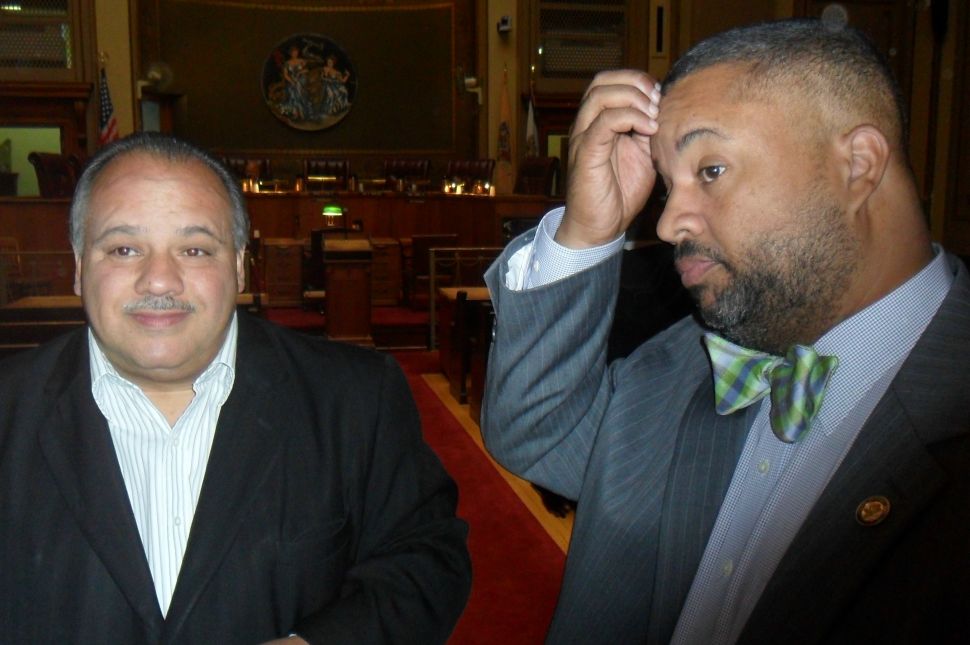