TRENTON – Democratic lawmakers said this morning they plan to move the arbitration reform bill out of committee today, without the hard cap on awards demanded by Republicans, including Gov. Chris Christie.

The bill will be considered by the full assembly on Monday, Democrats said at a statehouse press conference.

Republicans have been lobbying for the measure, part of the so-called tool kit of bills designed to help municipalities stay under the tax lavy cap passed this summer, to include a 2 percent cap on arbitration awards.  Without it they say, awards greater than the 2 percent levy cap would hamstring local officials, forcing cuts in services and personnel.

The GOP is joined by the League of Municipalities in pushing for the cap.

Republicans say Christie will veto the measure if it does not include the cap.  An email and call to Christie’s press office was not returned.

“Rare, outlandish arbitrator awards that have caused property taxes to spike in some communities do stand out and have made a strong case for reform,” Sweeney told reporters at the statehouse.

Among the changes to the current policy contained in the new bill are a revised format for choosing an arbitrator and a new appeal process.  Arbitrators would be required to meet a minimum experience requirement and annual State Ethics Commission training would be mandated.

Arbitrators would also be required to consider the financial impact of their award on the governing body, including the effect on the 2 percent levy cap, but the award would not be required to be below that cap.

“The two percent cap is a lazy way to govern,” Greenwald said of one of the governor’s cornerstone reform proposals. “It takes the creativity away (from contract negotiations) and will lead to layoffs.”

The Democrats’ bill would also require a “fair and final” determination that would require an arbitrator to choose between the two competing proposals. One Democrat said that now the unions come in to arbitration with a demand for a ten percent increase and the towns start with a zero percent increase, resulting in an unbridgeable divide. The reform would require the arbitrator to demand each side’s best offer with the two percent cap serving as a north star.

As the budget committee prepared to consider the legislation, Anthony Wieners, state president of the Police Benevolent Association, prepared to oppose it, in addition – again – to Christie’s cap.

“There’s a perception there’s a problem so the legislature feels they have to do something about it,” Wieners told PolitickerNJ.com. “Binding arbitration is not broke. Look at these numbers. They want to believe police and fire are the problem but they have to look at themselves in the mirror when they shave in the morning and ask themselves if they’ve done everything they can do.

“There’s a perception put out there created… (in part) by a group of mayors, Bill Dressell and Essex County Executive Joe DiVincenzo that the system we have now is broke. But there were over 300 police and fire contracts negotiated last year, and only 16 of them reached binding arbitration.” 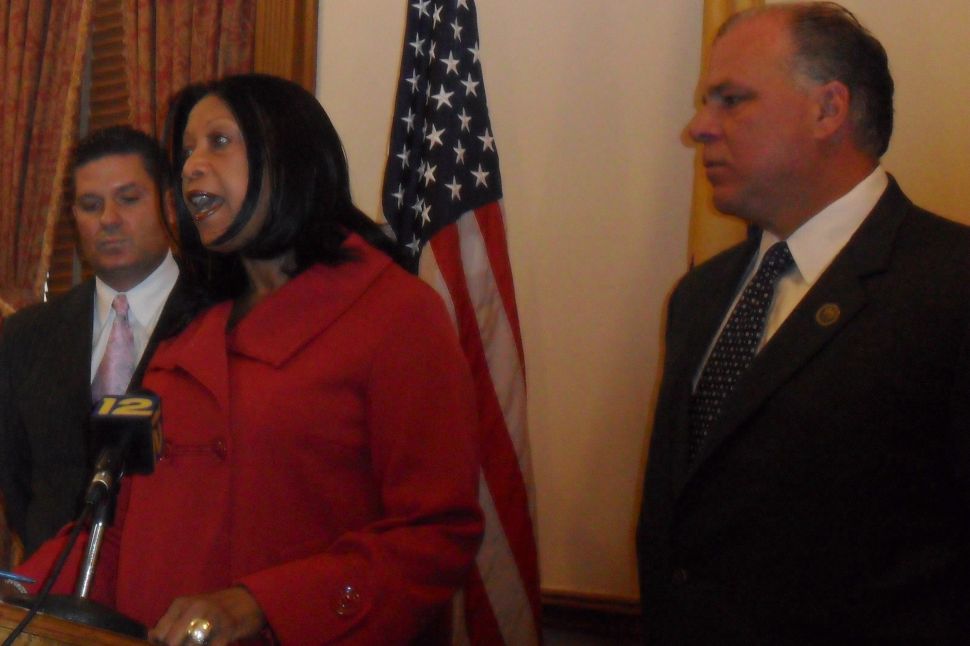