NORTH BERGEN – Democratic lawmakers have found their victims of the ARC killing.

The ARC tunnel from Hudson County to Manhattan is billed as the largest transportation project in the nation, considering the $6 billion on the table from the federal government and the Port Authority of New York and New Jersey.

All that’s needed is another $2.7 billion from New Jersey, and some brave souls willing to pick up the cost overruns. Christie said he’s not that guy, jobs be damned.

“(Menendez and I) worked like the devil to make sure the federal government was going to do its share,” Lautenberg said.

Menendez read part of a letter from Christie’s Transportation Commissioner Jim Simpson to the Secretary of Transportation Ray LaHood only five months ago. In the letter, Simpson called the tunnel a “critical project.”

“Tell the governor to stop traveling the country campaigning,” he told the crowd. “Sit here and try to find solutions.”

Menendez offered a handful of alternative plans for the project: “Maybe we can’t have the Cadillac.”

He said some costs could be deferred or portions of the project could be put on hold indefinitely.

Or better, a public-private partnership, like has been done in Denver, Miami, and Dallas-Fort Worth.

If it’s not, “New Jersey will fail, and the blame will be placed where it belongs,” Rothman said.

And of the responsible parties, he said, “There’s an election coming up in two weeks. I hope you remember who they are.”

U.S. Rep. Frank Pallone (D-Long Branch) said there is no need for a two week timetable on a project of this magnitude.

“That’s not what you do when you you’re trying to bring people together (to find a solution,)” he said.

Gordon told PolitickerNJ that Christie may be avoiding using an increase in the gas tax – which could fill the Transportation Trust Fund that the ARC money will likely replenish – because the governor is hell-bent on no taxes, no fees.

“We are overtaxed … No one wants to raise taxes, but (the gas tax) should be on the table,” Gordon said, noting that 15 percent of the taxpaying public in this instance are from out-of-state.

Options for the ARC are there, he said, but, “None of these conversations ever took place.” 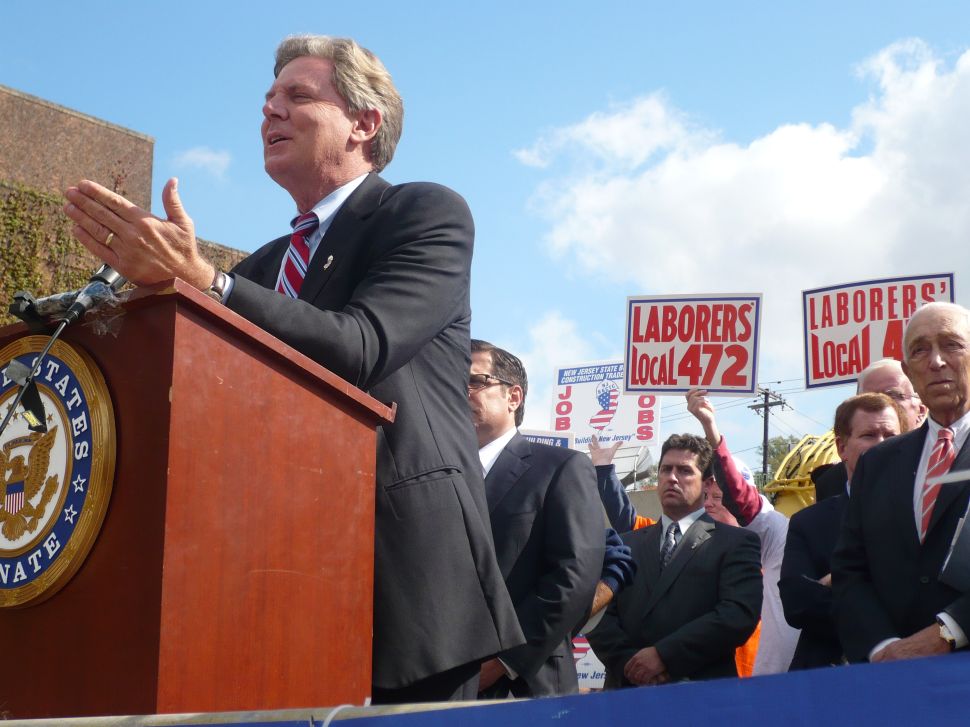