“A vote for a Democrat is a vote for the president,” Blake said. But he gave no specific race for black voters to key in on. He just wants them to vote. And vote Democrat.

“Every race literally is substantive and critical. The African American community, young people will decide the outcome of this election,” Blake stressed. “You have to stand up for your president. You have to defend your president.”

Even if the candidate is likely to win, like Payne, Blake said vote, don’t rely on polling. “African Americans, young voters, first-time voters may not be showing up in these things,” he said.

Bowser said black voters had better get out. “They’re the only people who had to die for the right to vote,” Bowser said.

Bowser said Republicans are using ObamaCare as a derogatory term – a “scare tactic” –”as if there’s something wrong with the name Obama.”

“They want to tear apart the health care program,” he said, presenting a clear difference between the party’s stances.

Contrary to popular belief, Bowser said, “Taxes have gone down for most people.”

Asked why Obama isn’t visiting the state during the election season, unlike his visits to surrounding battlegrounds, Blake said, “The schedule being what it is, there’s limited time for the president.”

Bowser said, right or wrong, the state is viewed as a “Democratic stronghold.”

Maybe the election of Gov. Chris Christie last year will change the perception, especially with a headliner like Christie.

“You see very clearly the impact of an election,” Blake said.

But Bowser said Christie borrowed some of his mojo from the president, “He (has) used, really, what is Obama’s thing about change.”

“It appears that the Republicans don’t have a plan (of their own),” he said.

Blake picked up where Bowser left off, “We (the Democrats) have a very clear plan,” that being the opposite of what the Republicans want, like the repeal of healthcare and Wall Street reforms. 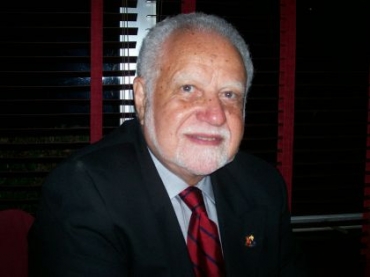