A day after Democratic leaders unveiled their arbitration reform alternative to Gov. Chris Christie’s hard cap, Essex County Executive Joe DiVincenzo began calling Essex legislators telling them to oppose the legislation when it goes to the full Assembly on Monday.

Favoring Christie’s hard cap on binding arbitration awards so increases do not exceed the 2 percent property tax levy increase, DiVincenzo described the Democrats’ arbitration reform bill as “weak” and said it did not go far enough to help counties and municipalities control costs. The powerful Democrat and cross-the-aisle ally of Christie’s said binding arbitration has in part caused public safety salaries to soar, and he called on State lawmakers to strengthen the proposed legislation with the hard cap Christie wants.

“The binding arbitration process is bankrupting New Jersey’s counties and municipalities through the excessive salary increases awarded to the unions by arbitrators,”‘ said the county executive. “The process has to be eliminated or changed dramatically so a government’s ability to pay without overburdening the taxpayers is the highest priority. Assembly Bill 3393 is weak and offers nothing to reform this broken system. Stronger language is necessary so arbitrators are bound by the 2 percent cap on property tax levy increases all governments will operate under come January 1st. For true reform, there has to be a clear message of what the priorities are.”

DiVincenzo’s opposition puts him at odds with Senate President Steve Sweeney (D-West Deptford) and Assembly Speaker Sheila Oliver (D-East Orange), who argued for arbitration reform that does not include the hard public worker salary cap.

“The real savings are when you reduce the amount of government,” said Sweeney urging the governor to lean on towns to share more services as the chief way to reduce costs, instead of inhibiting collective bargaining through legislating a hard cap.

In any given municipality, “You might not need a business administrator or town administrator,” Sweeney told reporters.

“Reforming the binding arbitration system is part of Governor Christie’s ‘Tool Kit,’ which I support. These are important initiatives that counties and municipalities must have to control costs,” DiVincenzo said. “Essex County is facing some difficult challenges. We have the highest unemployment rate, number of foreclosures and the highest property taxes. We are going to be in a serious situation if the Tool Kit reforms, especially changes in binding arbitration, are not approved. Labor costs are our most significant expense and we need to have the ability to manage that more efficiently.”

DiVincenzo said two of the largest unions representing Essex County employees, CWA Local 1081 and IBEW, recently settled on new contracts after working without contracts for three years. The new agreements, which cover 2008 to 2010, provide employees with 1.5 percent increases during the first two years and no increase in the last year. However, an arbitrator recently awarded PBA Local 183 a contract that provides employees with an 8.1 percent increase over the same three-year period. The County is appealing that arbitrator’s award.

Earlier this week, the Executive announced that Essex County is facing a $75 million gap according to preliminary data gathered for the 2011 budget. Almost $25 million of that gap is attributed to increases in pension and health care premiums for the 3,500 County employees. These cost increases have risen faster and eaten up the $40 million in new revenue being generated at the Essex County Correctional Facility, Essex County Juvenile Detention Facility, Essex County Hospital Center and Essex County Turtle Back Zoo and other facilities, DiVIncenzo said. 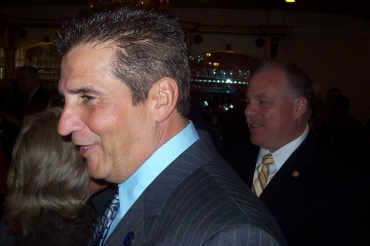