“Today … Cammarano reports to federal prison, ending another chapter in the sordid tradition of corruption in Hudson County politics,” young challenger and former Cammarano supporter Tim Occhipinti said. “More than 6,000 Hoboken voters who put their trust in Peter Cammarano were betrayed when he accepted campaign cash for influence … (4th Ward Councilman) Michael Lenz wants to paint every one of the more than 6,000 people who voted for Peter Cammarano as corrupt.”

Lenz shot back this afternoon: “Occhipinti said it’s unfair to bring attention to his association with Peter Cammarano because many residents of our great city voted for Mr. Cammarano in 2009. While it is true that many good people with great intentions supported Cammarano, only 1 of those 6000 voters, Tim Occhipinti, has made the decision to surround himself with the same core Cammarano campaign team.”

Occhipinti preempted the attack this morning: “You will hear my opponent, Michael Lenz, invoke Mr. Cammarano’s name many times during this campaign. He’ll do this in the hope that the public will ignore Mr. Lenz’s own 25-year record of insider deals and influence peddling. He once called himself a reformer, but the truth is that Michael Lenz has spent more than two decades trading his political involvement for personal enrichment.”

In regards to Cammarano, Occhipinti said, “When elected officials operate without proper checks and balances, they feel no need to work in the public interest. It’s in that environment that backroom deals for political appointments are made in exchange for votes on city councils and public boards.”

And Lenz’s camp pulls the trump card: “The night before Peter Cammarano was arrested by the FBI for selling zoning variances, Tim Occhipinti was one of a handful of people in front of the City Council fighting to give Peter absolute power over… zoning variances.”

Occhipinti went to bat publicly last year as Cammarano wrestled with then-City Council President (now-Mayor) Dawn Zimmer over who makes Zoning Board appointments, the mayor or the council.

Occhipinti alleged that Lenz nabbed his county job as a facilities manager through unsubstantiated “backroom deals.”

“This kind of cynical manipulation of public funds represents an ethical deficiency that, while not technically illegal, is certainly not in the interests of the people of Hoboken, and certainly doesn’t represent the actions of a reformer.”

The challenger continues: “If elected, I will keep my private-sector job and fight only for the people of Hoboken.”

Without addressing the county job, Team Lenz again called on Team Occhipinti to break from the shell of Team Cammarano: “With all of the problems that Team Cammarano had, including accepting bribes, not filing ELEC forms, and leaving themselves open to charges of vote buying for their massive use of ‘vote by mail’ ballots by paid workers, we once again call on Tim to respect the voters of the 4th Ward and sign the Clean Campaign Pledge.” 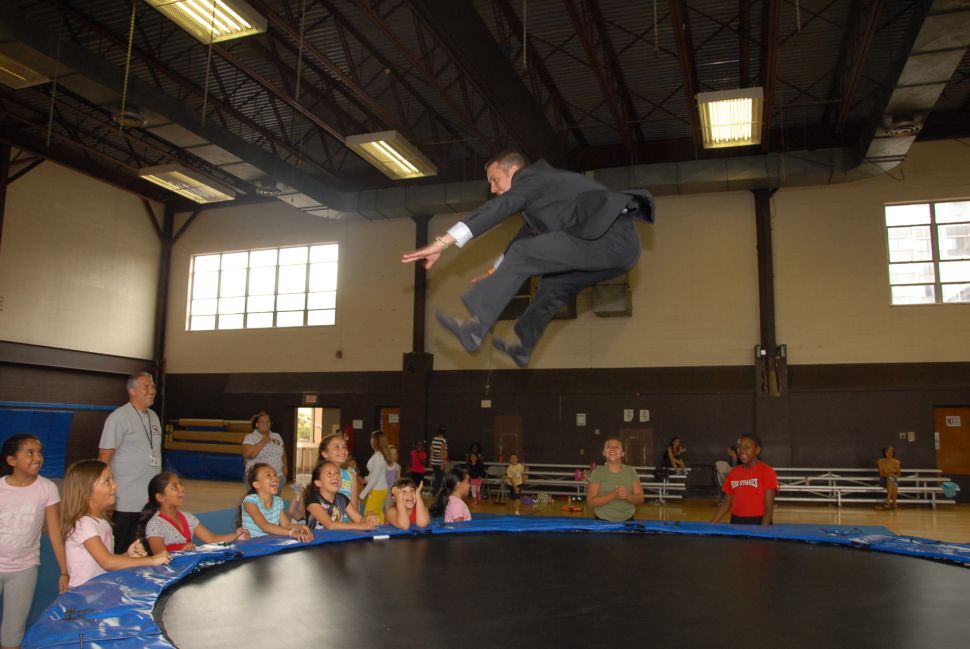