TRENTON – The Senate Education Committee met today, with state Sen. M. Teresa Ruiz (D-Newark) back on her horse after a rough week. The mainly contested bill, sponsored by Diane Allen (R-Edgewater Park), S295, “disqualifies member of board of education for conviction of certain crimes and requires member to undergo criminal history background investigation.”

The bill requires candidates for board of education to undergo a criminal history background within 30 days of election or appointment.  The cost of the background investigation is on the board member, but unexpended campaign funds may be used.

Also, any board member holding office on the bill’s effective date must undergo a background investigation within 30 days.

This bill may be looking to ferret out some know criminals off Boards of Ed, but no specific circumstance was discussed.

There’s also a criminal hook: “Under existing law, a candidate for election to a board of education, when filing a nominating petition, must certify that the candidate is legally qualified to hold that office.  Making a false statement made in connection with a nominating petition is a crime of the fourth degree.”

Mary Catherine Sudiak, a Cranford Board of Education trustee, spoke on her own behalf before the committee.

“I believe the safety of our children is paramount,’ she said, but, “Why are board members being singled out?”

The bill is misleading, she said, “Board members do not have unfettered access to children.”

“Why not make the bill about all elected officials?” Crickets.

The committee unanimously approved the measure, sending it on to the senate.

The assembly bill passed 80-0 in June.

He was widely praised by the committee for the bill, which passed unanimously. 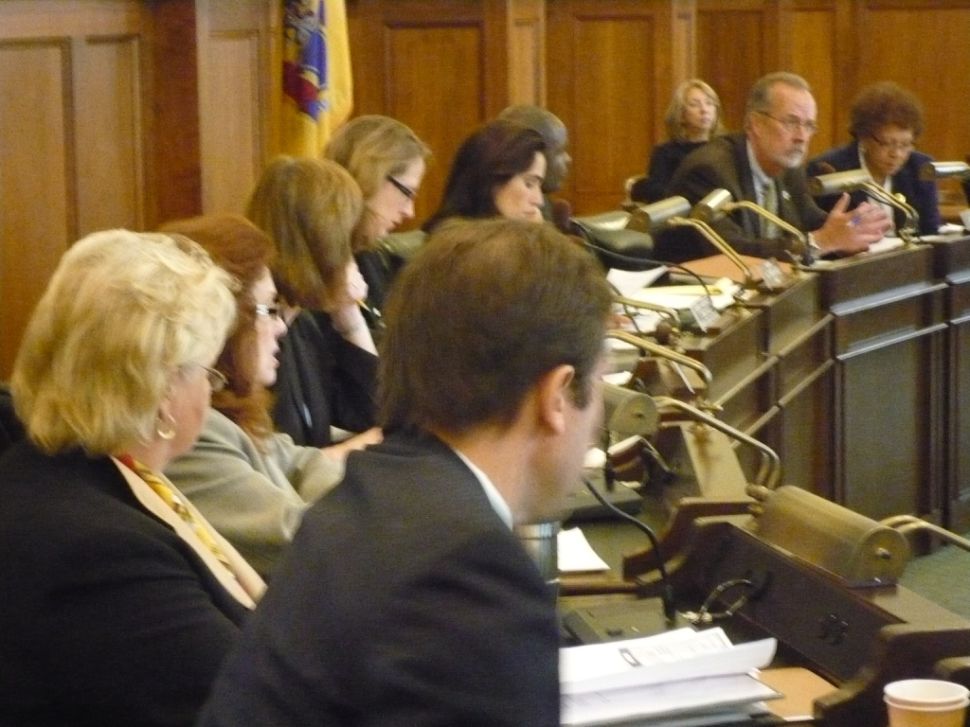