PARAMUS – U.S. Rep. Scott Garrett (R-Wantage) was a no-show at tonight’s League of Women Voters-sponsored debate but the challengers put on a show in his honor.

The 5th District congressman’s seat at the Bergen County Community College debate was empty, squashed between four contenders. They wasted no time in trashing the incumbent.

Independent candidate Mark Quick, a Warren County Republican, said, “Rep. Garrett has no respect for any of our communities.”

The 5th Congressional District is the cap on New Jersey’s head, stretching from rural Warren County, through Sussex and Passaic, and into the northern suburbs of Bergen County, including Paramus.

Even with Democratic Congressional Campaign Committee money flowing in against him in 2008, Garrett cruised to victory, 56-42 over Dennis Shulman.

“How do you vote for somebody who doesn’t respect you, who doesn’t show up to discuss the issues,” Theise asked.

For creationism, against pay equality, a “casino capitalist:” Garrett was accused of many things in his absence.

Responding to questions on his liberal legitimacy, Theise said, “Oh, is he a Nancy Pelosi Democrat? I don’t care. I don’t care about other Democrats. I run as Tod Theise.”

He fronted his campaign platform centerpiece, the ready-for-a-vote Fair Share Tax Act, demanding New Jersey get back more than 61 cents on the dollar from federal taxes.

It was 65 cents on the dollar when Garrett used it as a campaign issue in the past, Theise said. “By his own measure, he failed.”

After the debate, Theise told PolitickerNJ, “He’s afraid to be in a position to be held accountable.”

On the Treffinger arrest, Theise said, “That was ugly. That was the reason I got out of politics (for five years).”

He said Garrett is also a no-show for a Sussex County forum, although the incumbent will be at a debate in Woodcliff Lake, Bergen County on Sunday.

“I’ll mop the floor with him. I’m sure he really understands that he’s not in my league,” said the confident self-proclaimed Reagan Democrat with a touch of Barry Goldwater.

His resume puts him in a position to challenge Garrett better than candidates have before, he said, in the red zones and the blue zones. 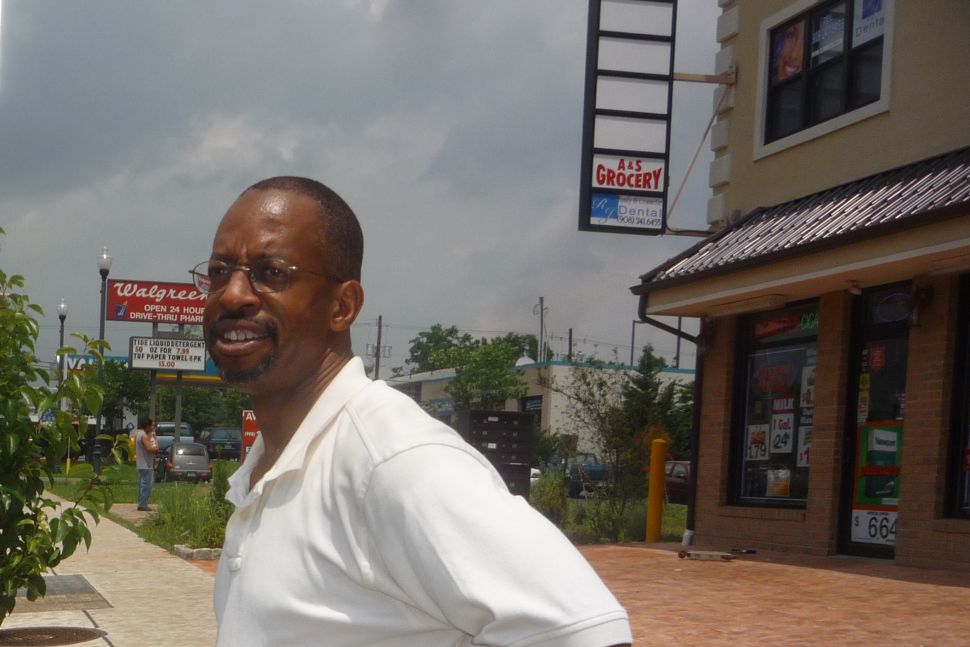