EAST BRUNSWICK – U.S. Rep. Rush Holt (D-Hopewell Twp.) and his 12th District Republican challenger Scott Sipprelle clashed tonight in an hour-long debate at Temple Israel in which the two men staked out starkly opposing views. The incumbent Democrat cast his rival as a Wall Street millionaire entering public life to protect the wealthy, while Sipprelle argued that Holt is a big-government pawn of Democratic Party power who is out-of-touch with the private sector.

Holt backed the $800 billion economic stimulus bill, while Sipprelle opposed the measure. Asked by moderator Eric Scott of 101.5 fm how many private sector jobs the stimulus created, the incumbent Democrat said “it was in the thousands.” Sipprelle repeatedly tried to link his rival to House Speaker Nancy Pelosi (D-Ca.) and what the Republican believes are bloated government policies that have sunk America further into debt. Holt used the venture capitalist’s background in the financial sector to create doubt about Sipprelle’s fitness to oversee the interests of the middle class.

Scott asked both candidates if the national recession was over and if not, when would America emerge from its economic travails. Both answered no, it’s not over. In his follow-up, Sipprelle said it would end when “we replace Nancy Pelosi as Speaker of the House.”

“Rush Holt has come back to the district and said, ‘I’ve got you this and I’ve got you that,'” said Sipprelle, who described government spending as 25% of the gross national product. “Government has this mysterious stash of money. The U.S. is now being backed by our economic adversaries. We are over one trillion dollars in debt to China. The U.S. as a weakened force in the world is empowering to Israel’s enemies.”

Holt argued that what caused the economic meltdown in part was lax regulation on the financial sector. By extension, “What he represents is that world of excessive greed and compensation that has driven us to the edge of depression,” the congressman added.

Answering a question about healthcare and repeatedly prodded, Sipprelle never told Scott how he intended to cover the country’s poorest uninsured citizens. When Holt challenged his opponent to release his tax income returns this week so voters would have a chance to see the special interest influence in the generation of the Republican’s wealth, Sipprelle refused, and said he had submitted to rigorous federal financial disclosure laws.

“Mr. Holt, I feel sad for you, you’re so desperate you will demonize, smear and vilify me to no end,” Sipprelle said. “I will not submit to Mr. Holt’s examination.”

Sipprelle countered Holt’s indignation over the Wall Street connection by pointing out that the Democratic incumbent earlier this evening had attended a fundraiser with wealthy donors and former Vice President Al Gore. He also forced Holt to break company with Secretary of State Hillary Clinton when the congressman admitted “the debt is not a threat to national security.”

But his question about money goes to a pragmatic campaign concern for the Holt campaign, and that is Sipprelle’s ability to commit larges sums from his own fortune to the final two weeks of the campaign. 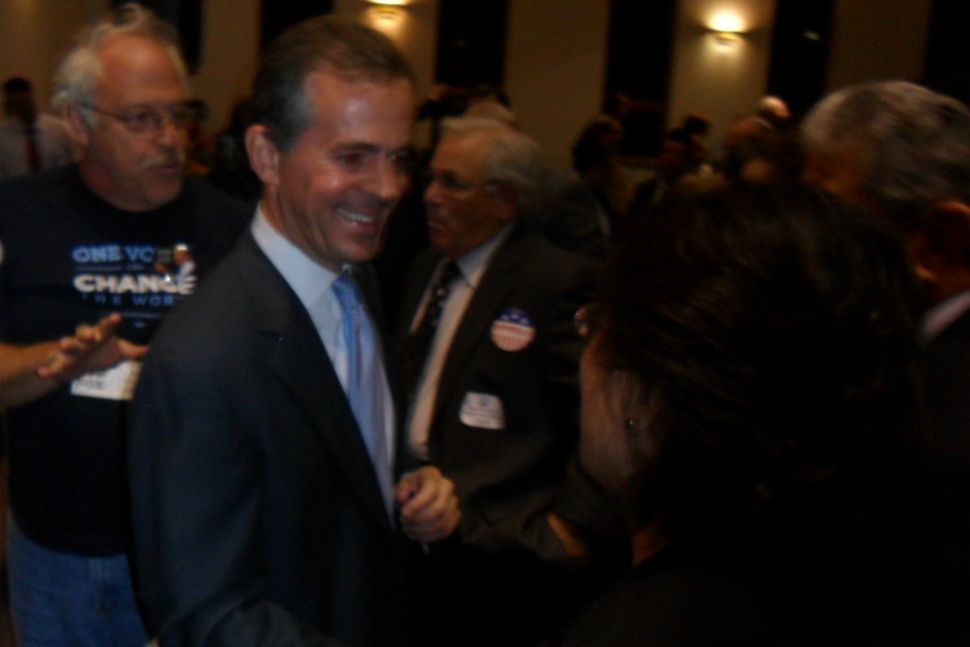