“Why are you following around an ex-congressman?” cracked Sipprelle as he boarded a mini-bus with his own name splashed across the side.

“We’ve made contact in the Chinese community and have built ties for three months,” he added of a group number 10,307 of 400,810 registered 12th District voters, en route to a harvest festival in Lawrenceville.

Inside, up by eight points in the latest Monmouth University poll in a district where Democrats outnumber Republicans 136,194 to 78,015 but where the bulk of voters (186,601) are independents, Holt held a microphone and addressed a large, subdued crowd of Chinese Americans, obliquely referencing his opponent, who favors extending all of the Bush tax cuts.

“There are some who think that by giving a tax cut to the upper two percent that you will give jobs to the other 98%,” said the congressman. “You’ll hear, too, that we should reduce regulations.

“”Well, both of these we tried,” Holt added. “The last decade was based on tax cuts for the upper income earners. It’s a bad idea to go back to that. To whom does the American Dream belong? All of us, or a privileged few?”

Holt reminded his audience that all of the newspapers endorsed him over his opponent.

Preparing for an appearance with Sipprelle at a senior citizens rally in Old Bridge later Saturday evening, Middlesex Republican Chairman Sam Thompson said Gov. Chris Christie is scheduled to campaign with Sipprelle on Monday evening before he heads to Hamilton to back up state Sen. Tom Goodwin (R-Hamilton) in the 14th Legislative District. 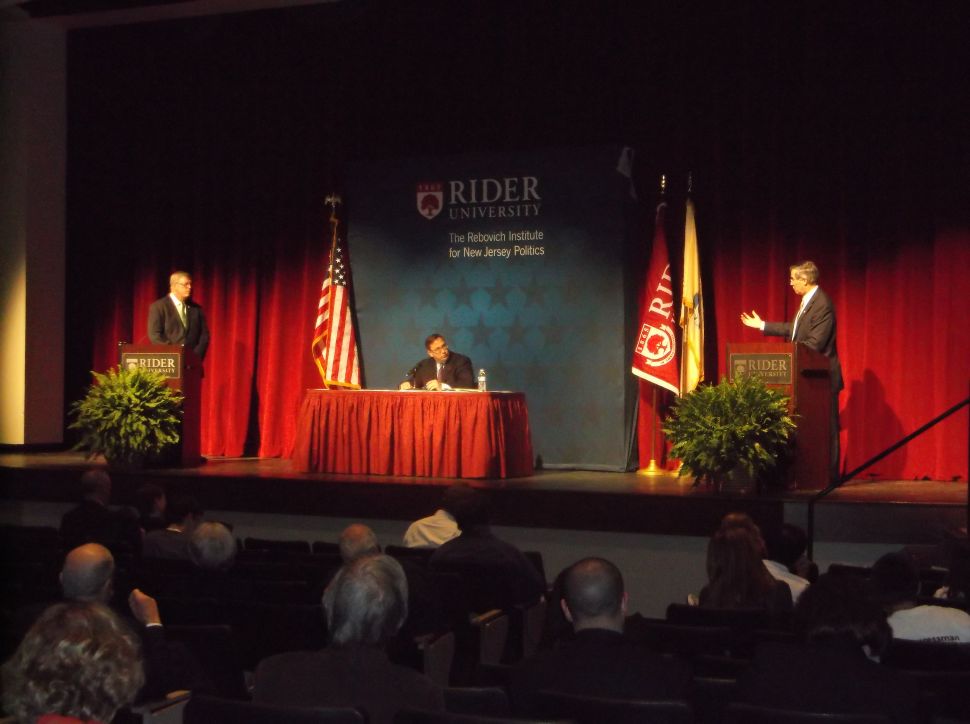