“It’s very apparent that it’s a lot easier to get into a war than out of a war,” Holt told the crowd here at the municipal building in an event sponsored by the Village Grand Civic Association and the West Windsor Senior Citizens.

“Iraq has cost us dearly,” he added. “I voted against the war in Iraq. I called on our current administration to begin to withdraw our troops from Afghanistan. It is becoming increasingly costly in blood and treasure.”

Holt said he has voted to force the administration to provide an exit strategy.

“We are propping up a corrupt regime in Afghanistan,” said the congressman. “We are not succeeding in remaking nor should we be trying to remake those countries in our image, and particularly not at the point of a bayonet. That is not how we bring security to us from the terrorists we went there to fight.”

As he walked out of the council chamber here at the end of his half hour presentation, Holt speculated that Sipprelle’s expression of anger at debate forums is less a function of middle class alarm about the state of the economy as it is Wall Street angst over big business regulation.

The remark echoed his opening statement.

“My opponent would have you believe that all a congressman does is cut government, cut taxes for the so-called job creators, and reduce regulations,” the congressman said. “Would it were so simple.” 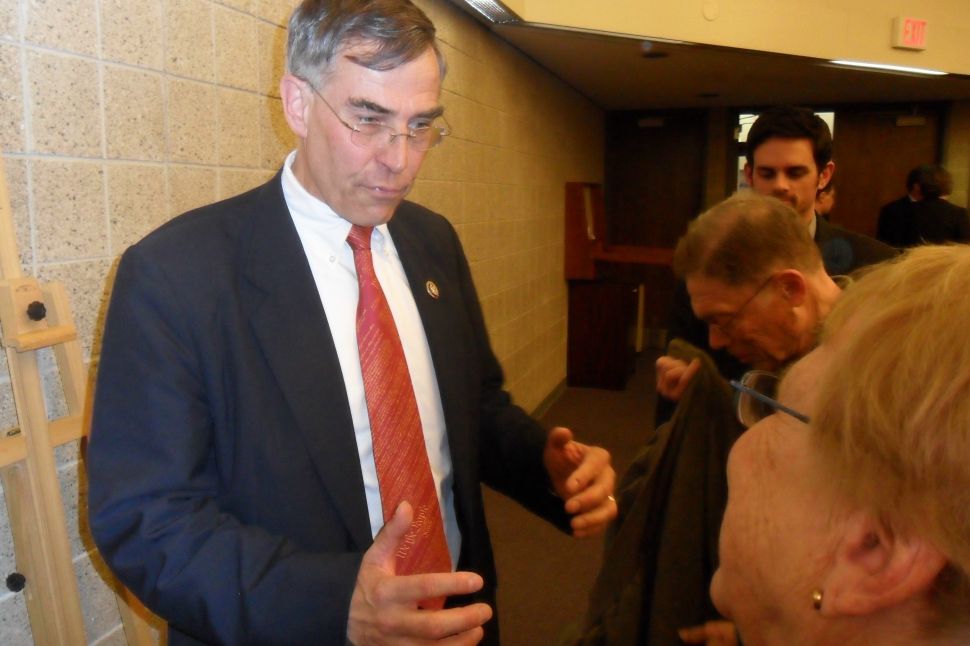