TRENTON – Organizational bedlam is an oxymoron but it comes close to describing the duress of Essex Democrats last week.

Made under the threat of a wounded caucus tired of getting kicked around by Gov. Chris Christie and intent on payback, Ruiz’s tortured vote – which obviously aligned her with Christie foes – sent a wave of pain straight into the inner sanctum of Essex County Executive Joe DiVincenzo, who enjoys BlackBerry rapport with the governor and may be the Democrat elected official closest to Christie.

There is no confirmation that DiVincenzo actually told Ruiz, “I’m your caucus,” but if he didn’t – it was close.

At the hearing today, Alagia explained his backroom presence as convenience (“Meetings in the area”), but party buzz made him sentinel of Essex County’s interests with the governor’s office.

Trying to atone for last week’s debacle, Ruiz tried to seat state Sen. Kevin O’Toole (R-Cedar Grove) to give the GOP more bodies on the panel, and then affixed a voluble stamp of disdain on the event, to Senate Majority Leader Barbara Buono’s (D-Metuchen) chagrin – and all under the watchful, and approving – eye of Alagia, who loomed in the back of the room. 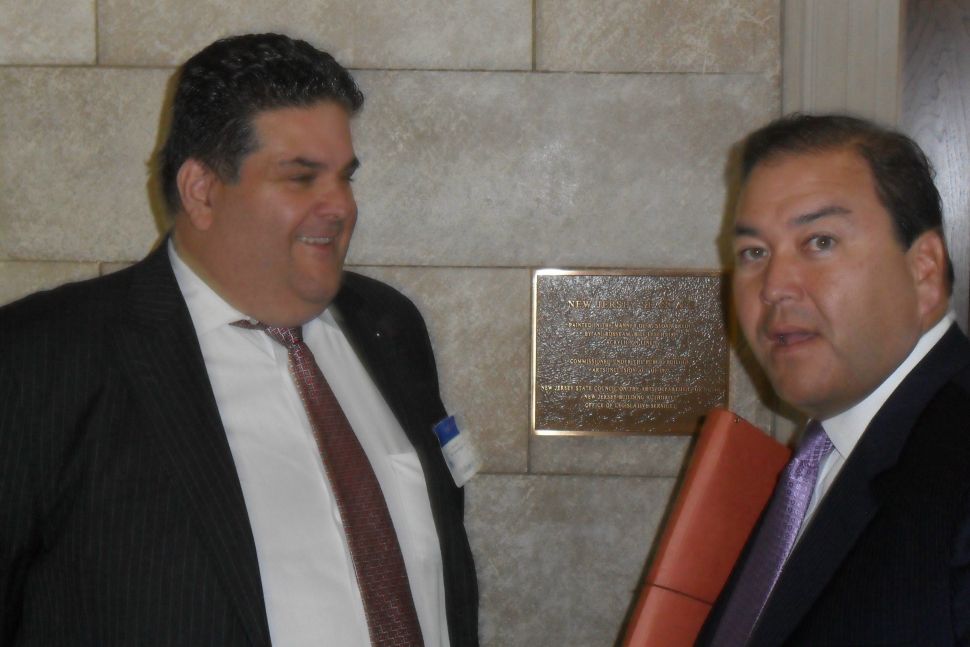