TRENTON – Mayors packed Gov. Chris Christie’s outer office this morning to provide the laugh track for the governor’s latest blast at the legislature and its heel dragging on tool kit reforms.

With Essex County Executive Joe DiVincenzo hovering in the wings, Christie singled out Assembly Speaker Sheila Oliver (D-East Orange) – an Essex County county employee – as off the reservation on the toolkit.

“I am dumbfounded by Sheila Oliver not doing anything on COAH,” Christie said. “We avoided this obstructionism in the first seven months. I’m here, and Ive been waiting to get work done.”

The governor specifically lamented the Democratic legislature’s decision to post toolkit reform bills that don’t go to the deep core of the government reformation he seeks.

“They need to move and move quickly,” said the governor, animated after a weekend in which he campaigned with Bergen County Exeucutive candidate Kathe Donovan in Oakland, and 6th Congressional District challenger Anna Little last night in Piscataway.

The governor’s ongoing, aggressive GOP campaign forays into other states – Connecticut, Ohio, California, Pennsylvania, etc – caused him to affirm several times during this morning’s press conference, “I’m here,” not in a Cartesian or broader ontological sense, but geographically, as in – New Jersey.

“I’m here, and I’ve been here waiting to get work done,” he said.

“All I hear is ‘I’m working on it,'” the governor added. “They must be doing it in secret. Look at the bills posted. We know where the core reforms are.”

Christie also complained that the legslature has not moved on the Atlantic City takeover bill.

“It’s time to get to work,” he said. “The legislature still sits, holding task force hearings. What action comes out of that? Stop all the blather and put the bills on the board.”

Christie seized on disorganization between the two Democratic Majority-controlled houses of the legislature to highlight his own party’s discipline behind his government toolkit reforms.

“Are you with the taxpayers of New Jersey or the special interests that roam the hallways?” the governor demanded of the legislature, addressing a room that featured the grim faces of several well-known Trenton lobbyists standing arms akimbo among the mayors and reporters.

“I have 33 votes ready to go up on the board,” Christie added. “How about getting something done?”

Christie said Oliver has at least twice broken off meetings with him.

“I’ve invited the speaker here several times and she just hasn’t come,” the governor said. “She said she’d come and then didn’t show.”

The four legislative leaders don’t need an appointment to see him, Christie noted.

“Steve Sweeney comes here all the time,” said the governor, who explained that the power afforded them by a co-equal branch of government causes him to kick out whoever else is in his office at the time to listen and to speak with legislative leadership, be in Democrat or Republican.

In a statement, Oliver dismissed the governor’s remarks as “unproductive.”

The remarks, the assembly speaker said, “do nothing to advance the reform effort. The Assembly has been here working on meaningful and effective reforms and in fact today will be advancing and developing legislation. The governor should know this, since we have been working with his administration. Needless to say, the members of the New Jersey General Assembly are fully aware of their obligations and responsibilities to the taxpayers of this state and to the constituents they collectively represent. Verbal sparring and combative language serves no one.” 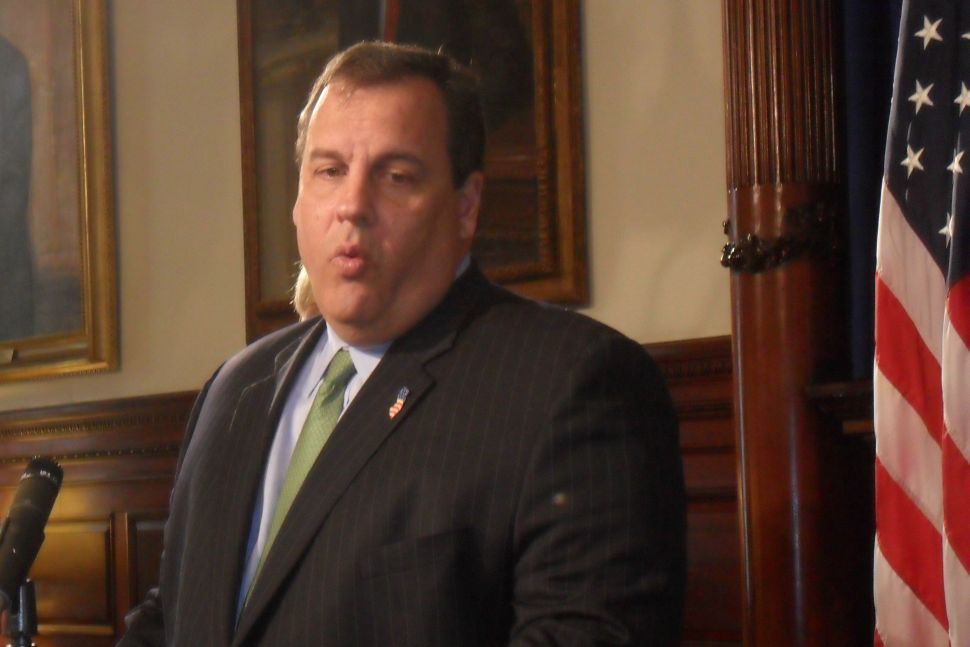