NEWARK – Buying some time until he can line up a louder labor rally, U.S. Sen. Frank Lautenberg (D-Cliffside Park) in his ongoing disagreement with Gov. Chris Christie today created a headline with the Regional Plan Association (RPA), which went into hurry mode to release their study on the Access to the Region’s Core (ARC) tunnel.

The senator brandished a copy of the study and called on a stalled Christie to commit $3 billion in state funds to the ARC tunnel project, which requires an additional $3 billion in federal funding already at the ready, but only if Christie- who killed ARC once then said he would reconsider over the next several days – ponies the state portion.

Lautenberg said we are already at near-capacity with the current 100-year old tunnel, and demand for rail service in New Jersey to midtown Manhattan is expected to double over the next two decades.

“If this project is cancelled, New Jersey’s transportation system will become a parking lot – isolated from job opportunities in Manhattan,” he said.

Lautenberg’s press event came a week after Christie killed the ARC tunnel project amid grumbles by Democrats that he wants to use part of the state portion of the ARC-dedicated money to replenish the depleted state Transportation Trust Fund – and – with an eye on the national political stage – avoid a gas tax hike. A visit last Friday by federal Transportation Secretary Ray LaHood put Christie in rethink mode, for what he said would be up to a two week period.

Lautenberg is trying to get the governor to come over to what the senator sees as the side of the ARC angels.

Was this a calculated gamble by the governor to force the feds to fund the entire project and get New Jersey off the hook, a reporter asked the senator here at Newark Penn Station.

“Wherever it comes from, hope springs eternal,” Lautenberg answered.

But if the feds don’t take up the slack, “Chris Christie has to pick up his responsibility” and fund the state-potion of ARC in order to get an additional $3 billion from the federal government, the senator added. 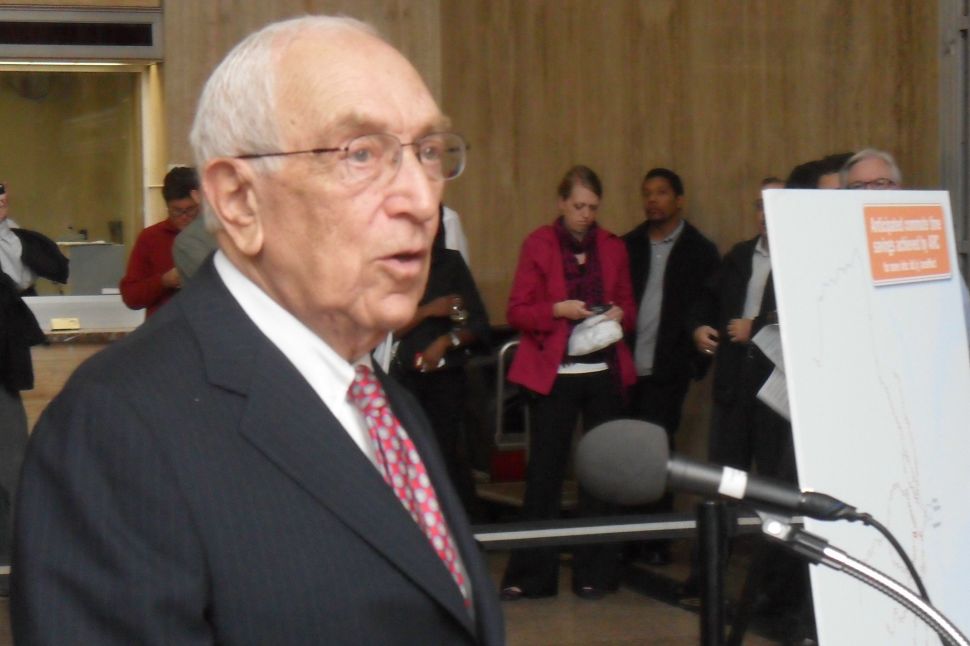