RIDGEFIELD PARK – County Executive Dennis McNerney is hoping it’s the things people can see that will get him elected: parks, roads, homes, and AAA bond rating.

Well, people can’t see a AAA bond rating, per se, but he said they know what it is.

It’s proof that the county is in fiscal order, he said today as he walked among the people at a street fair in Ridgefield Park, contrary to what his opponent, County Clerk Kathe Donovan, is saying.

“She’s crying that the world is coming to an end, and it’s not,” he said. “She’s misleading people.”

He’s been all around the county today – same as his opponent – to Lyndhurst, Garfield, Hackensack, and Teaneck.

He visited the Cabbage Night festival in Saddle River, otherwise known as Mischief Night, outside Bergen County that is.

So what’s Cabbage Night? “Only in Bergen County,” McNerney said, sparing the explanation. “We have blue laws and we have Cabbage Night.”

Bergen County Sheriff Leo McGuire was in Ridgefield Park, where he spent 20 years on the police force, but he wasn’t shaking hands next to his running mates.

He was winning the first round of the pie-eating contest – he chose apple pie, of course – only to bow out in the second round forced to inhale pumpkin mash.

Families know him and they stopped him on the street to say hello, good luck, and good job eating those pies.

“There’s some things you don’t want to win,” he tells one woman.

Tuesday’s election isn’t one of them.

Democratic Freeholder Jim Carroll paused on Main Street and told PolitickerNJ about how he built a Democratic following from scratch in his hometown of Demarest.

For Carroll and McGuire, their home towns, Demarest and Oakland, respectively, have Republican tendencies and will prove crucial in their re-election campaign.

Bergen County Democratic Organization Chairman Michael Kasparian stood with the candidates on the street, confident that the entire ticket will pull through.

“We’ve got a resurgence of the Democratic base,” he said. Polling that shows a tight contest between the two county parties may be misleading, he said, although he is wont to break down any polling without more specifics and crosstabs and the like.

In general, he said, “Democrats are busy trying to pay their bills and put their kids through school (to worry about an election too far out). They don’t have the luxury of time these days.”

Nonetheless, he concedes, it will be a close race. 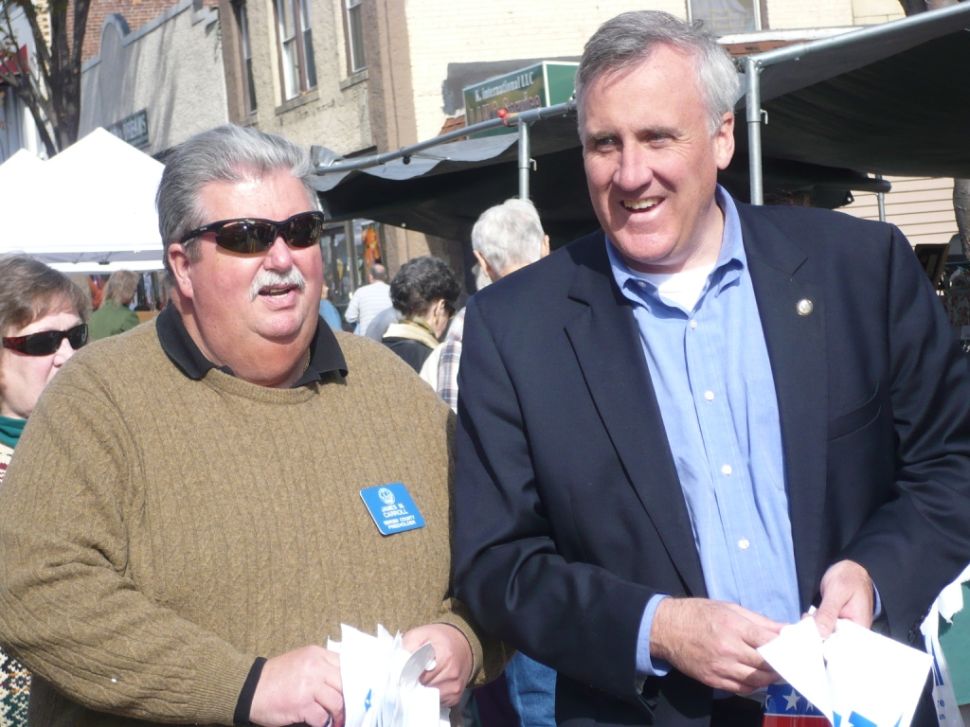