HALEDON – Gov. Chris Christie bottled up the ARC tunnel project this past week, and now U.S. Sen. Bob Menendez (D-Hoboken) wants to cave in the governor’s efforts to tunnel politically into Passaic County.

While Republicans attempt to saw into the Latino vote in Passaic with two of three countywide Hispanic candidates, Menendez appeared last night at the local fire station before a mostly Latino audience here to boost Dems and bust up Christie.

“I remember when Latinos weren’t part of the process and it was Democrats who opened the process and created opportunity,” said the senator, onstage in front of an audience of 250 people, citing in particular the local emergence of Assemblywoman Nellie Pou (D-Haledon) and former Paterson Mayor Jose “Joey” Torres.

The governor, Menendez said, “hates teachers, police and firefighters,” and belongs to a party whose leadership oversaw two wars abroad while giving tax cuts to the wealthiest Americans.

“I tell people they should be directing their anger at those people who created this mess (Republicans),” said Menendez, acknowledging the Tea Party’s populist fervor.

Two years in front of his own re-election in a county where Democrats outnumber Republicans on paper 75,106 to 46,748, but where Republicans swept Democrats in county races and Democrat Jon Corzine beat Republican Chris Christie with a less than impressive 57,010 to 48,500 margin last year, Menendez craves victory in Passaic.

In an election year when the chairman of the Democratic Senatorial Campaign Committee nervously eyeballs the whole country – no, he didn’t have any conversations with U.S. Rep. Kendrick Meek about dropping out of the Florida senate race, by the way – nothing less than control of a key Menendez county is at stake back in Jersey.

As for GOP attempt to gin up voter turnout in Paterson, they point out that Democrats own a 25 to 3 registration advantage in the Silk City. Garcia’s aggressive presence merely advertises the Nov. 2nd election. “They’ve done our work for us,” said one grinning operative, moments before top-of-the-ticket pooh-bah U.S. Rep. Bill Pascrell (D-Paterson) power walked into the room of 250 people while “Eye of the Tiger” blared through speakers.

“The man I’m about to introduce is a great man in the United States of America,” Pascrell said of Menendez when the two of them stood onstage with state Sen. John Girgenti (D-Hawthorne), Pou, Passaic Mayor Alex Blanco, and numerous other elected officials, including Paterson Council President Aslon Goow and Paterson Councilmen Ken Morris, Jr. and Bill McKoy.

But while Pou served as firehouse emcee and acknowledged momentum on the side of Democrats after the Bergen Record endorsed both the incumbent freeholders and Berdnik for sheriff, Torres, who lost his re-election bid this year was absent amid rumors that he’s quietly supporting Garcia.

“At least one of his brothers is outright backing Felix (for sheriff),” one insider said.

Passaic County Democratic Chairman John Currie said he didn’t think Torres was on the Garcia bandwagon; that he was just still settling into his post mayoral life as the purchasing agent for the housing authority.

In the face of Menendez’s efforts to remind voters here of the Democratic Party’s deeper urban and ethnic ties, specifically concerning Hispanics, Republicans doubled down with three days before the election.

“The national trend of Latinos moving into the Republican Party is going to translate here,” Garcia campaign manager George Cole said when asked if the GOP had misfired with a big play for the Hispanic vote, which constitutes about a fifth of Passaic County’s roughly 232,000 registered voters.

“The Republican Party has embraced diversity,” Cole added. “The more and more we campaign, we’ve noticed that Latinos and other groups have jumped on board: Arabic, Jewish and even parts of the African American community. We feel our campaign is smart.”

“They’re running four white men and trying to be the party of diversity,” said Rumana. “The Republican Party is the party of diversity in this race. Latino people – people of all different backgrounds – are hard-working people. This is a population tired of paying these obscene property taxes.”

Rumana said there are two other realties favoring the GOP team.

“The only two Latino elected officials in Paterson – councilmen Julio Tavarez and Rigo Rodriguez – are supporting the Republican ticket,” the chairman said. “And it’s the Republican Party that stood up for the rights of Rigo Rodriguez and forced 49 unopened and uncounted ballots in a drawer to be counted. Rigo Rodriguez would have lost that race. There are a lot of factors as to why the Latino base will support our ticket. Senator Menendez can come here, but it’s over with. We will have a sheriff named Feliz Garcia and two new freeholders.”

A former candidate for mayor of Paterson, Goow shrugged off Republicans’ attempts now to project diversity.

“My brother and I were undeclared,” he said, referring to Sam Goow. “We backed Fava (former Passaic County Prosecutor Ron Fava, a Republican) for sheriff, and then when I ran for mayor and looked for support from Republicans, they were nowhere. They abandoned us. The Republicans don’t care about the city.”

Rumana gambles on cutting into that urban vote as Currie reaches for the suburbs with Berdik, counting in part on Menendez love and Pascrell at the top of the ticket to drive the vote in Paterson and Passaic City, in a race that arguably most defies the classic demographic dimensions of the two parties, with both sides confident heading toward Election Day. 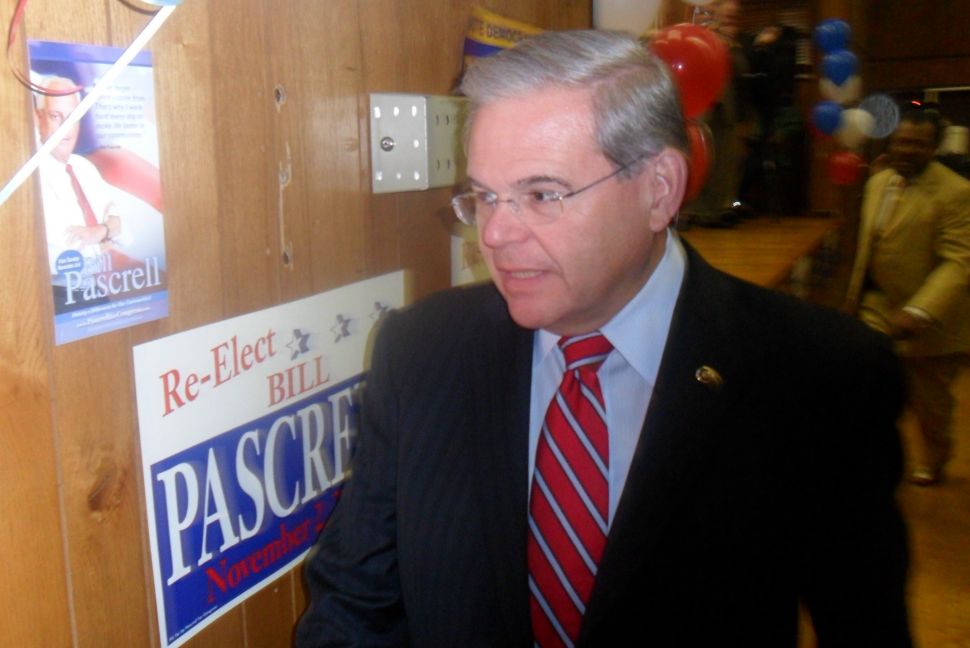