The Middlesex County Democratic Organization (MCDO) will try to get ready to tango tomorrow night at the Pines with a rally and feast less than three weeks before Election Day, but the once vaunted delivery system of this 3-1 Democratic county lately appears more battered than battering ram.

“1,000 people will be there,” predicted party chairman Joe Spicuzzo, under a GOP bludgeoning that culminated last night with a News 12 story highlighting the Democrats’ use of county symbols, including sheriff’s officers in uniform, on county time, to promote their candidates in a TV advertisement.

For a long time here, it paid not to engage Republicans. Why inflate an anemic enemy?

Notwithstanding Chris Christie’s three-point Middlesex victory over Jon Corzine in last year’s gubernatorial race, and with the exception of Assemblyman Sam Thompson (R-Old Bridge) and a handful of other local pockets of influence, the GOP still hasn’t advanced beyond the Middlesex mirage stage, and does not command the same battleground status this year as Bergen and Passaic counties, for example, where Republicans have already made demonstrable gains at the county level.

“We figured it was going to be that way,” ho-hummed Spicuzzo, in acknowledgement of Holt’s dogfight with his Republican challenger. “Sipprelle has a helluva lot of money and people are angry. They’re angry about us being in charge. This economy is not turning around as fast as we wanted it to turn around.”

Sipprelle sees an opportunity with the downbeat economy and voter anger.

“I don’t think I’ve ever seen a candidate as ferocious at campaigning as this guy,” Brian Hackett, campaign manager for Republican sheriff’s candidate Keith Hackett of Monroe, said of Sipprelle. “He’s a workhorse.”

Adding to the anti-incumbent environment, which helped fell Corzine, other Spicuzzo headlines haven’t helped the party cause. He announced his retirement as sheriff earlier this year after grinding through a harassment suit against him that cost county taxpayers $1.59 million in settlements. Embroiled in the case, the departing sheriff supported Freeholder Mildred Scott of Piscataway as his replacement, and now her matchup with Hackett stands at the center of the countywide contests.

But, again, the chairman’s parade rest stance in the face of what the GOP argues will be an unprecedented onslaught here stands on a numerical foundation.

Then there’s the money.

Scott has raised raised $82,038 for her sheriff’s bid, and this month reported a closing balance of $47,365 to the Election Law Enforcement Commission (ELEC). Hackett, comparatively, has about $3,000 cash on hand to split with his running mate, clerk’s candidate Harold Kane. The Middlesex County Republican Organization (MCRO) is the prime source of funding for the Republican county candidates, including the freeholders, and that outfit reported a closing balance of $67,803.75 in the middle of September, after a Gov. Chris Christie fundraiser and prior to a Lieutenant Governor Kim Guadagno event.

The Democratic Party Organization total is estimated to be three times that number.

A day before his first debate with Holt at Rider University, Sipprelle, confident in his own ability to finance his individual campaign, voiced caution about the poll that puts him within single-digit striking distance of Holt.

“There’s only one poll that matters and that’s on Election Day,” Sipprelle said. “We have a plan to get our message out over the closing days of the campaign. We’re receiving enthusiastic support in Middlesex. Folks are reappraising the concept of competitive democracy” (and looking at Republican Party candidate alternatives).

The GOP challenger carefully tailors his message for those independent voters discouraged by both parties, and tries to cast Holt as a Democratic Party drone.

“I am not running to represent the Republican Party,” the Republican said. “I am running to represent the people. He is a status quo, party machine politician. He didn’t start that way, but he is on the ideological partisan fringe of his own party. That’s not who I am. I have criticized Democrats and Republicans. Yes, it’s (the economy) gotten worse over the last two years. We’ve been kicking the ball down the road for too long and we’ve lost track of transparency. Voters are sick and tired of making a losing choice. In this election, they have the chance to elect somebody who’s not the status quo, someone who’s in it for public service not the office.”

Not functioning with the machine fervor it did when Jim McGreevey of Woodbridge was a rising star and party boss John Lynch was a Parkway Talleyrand, the question now is whether Middlesex, which helped dumped Corzine but returned its Democratic assembly candidates last year, and where the mayor of New Brunswick ran in part by tying his primary challenger to Republicans, is ready for the GOP. 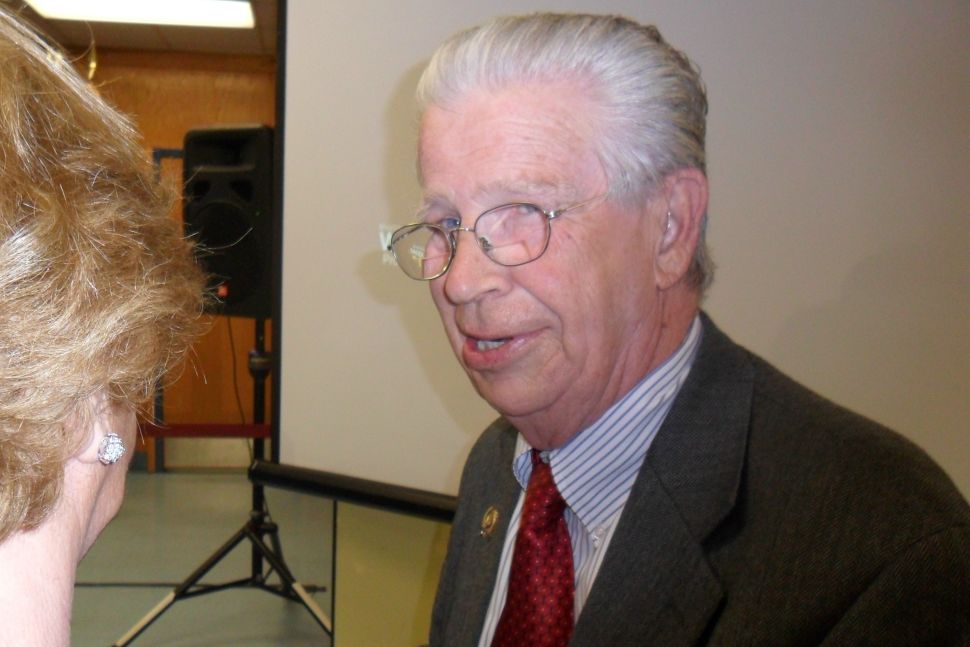