With the recent success by the Chilean mining industry in providing a timely elevator retrieval of its workers, the Christie Administration is embarking on a new program that will revolutionize how affordable housing is provided in New Jersey.

Ever since 1975, wealthier cities in our state have grappled with the Mount Laurel decision.  Handed down by the state supreme court, it requires each city to provide housing for lower income families or enable other opportunities in other cities.

Many of the people who supported Chris Christie’s candidacy for governor would like to do away with the Mount Laurel decision because smaller homes devalue the McMansions built in towns like Chatham, and there are certainly there are other places that working families can live – like Pennsylvania.

With this new Chilean technology, the Christie administration is championing the idea of the “underboro.”  Just like the collapsed cave in which Chilean miners lived for over two months a 1/2-mile below the Earth’s surface, private industry could build entire condominium complexes beneath wealthy suburban towns.

“For our future in New Jersey, residents should look no further than down,” Governor Christie said.  “Mothers and fathers have long complained that their adult children are still living under their roofs.  Under my program, they’ll still be under their roofs, but now a few thousand feet under.”

Boro officials will still be able to charge property taxes to the residents of its underboro, but the tax levels will be much more affordable to young families.  Plus, police won’t have to worry about juvenile delinquents roaming the streets after school because these teenagers will be safely placed in cozy homes far underneath the quaint communities of New Jersey’s traditional above-ground neighborhoods.

The Christie administration is also pressing Republicans in Congress to create a “Race to the Bottom” program in which federal funding is provided to build underground communities.

A spokesman from Wireless Generation Inc., the consulting firm that put together the failed New Jersey “Race to the Top” application for federal education money, said that the company is eager to get started on a new application.  “We’ll write anything the Governor wants,” the spokesman said, “but this time, the Governor should let us know if we should keep the NJ Education Assocation in the dark from the beginning.” 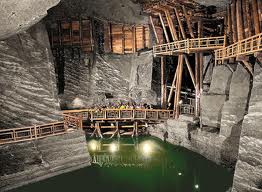