EWING – “The 70 days is about holding them accountable,” said Gov. Chris Christie, as his reform tour landed in Ewing today. “You see me in the newspaper every day, I’m held accountable.”

He wants to eliminate the Council on Affordable Housing and pass the Mayor’s Toolkit, which gives municipalities new practices to abide by the 2 percent tax carp.

He pointed out several bills that jockeyed for time in the legislative schedule ahead of his reform platform recently.

On Thursday, Oct. 7, the legislature – while revisiting the Race to the Top application – discussed several bills Christie classified, in other words, as mundane compared to his sweeping reforms.

A task force, Christie said, “to monitor a property tax cap that hasn’t been passed yet.”

“We’re doing something, and forcing (the legislature) to do something,” Christie said. “When you’re doing real work, you’re going to anger some people.” 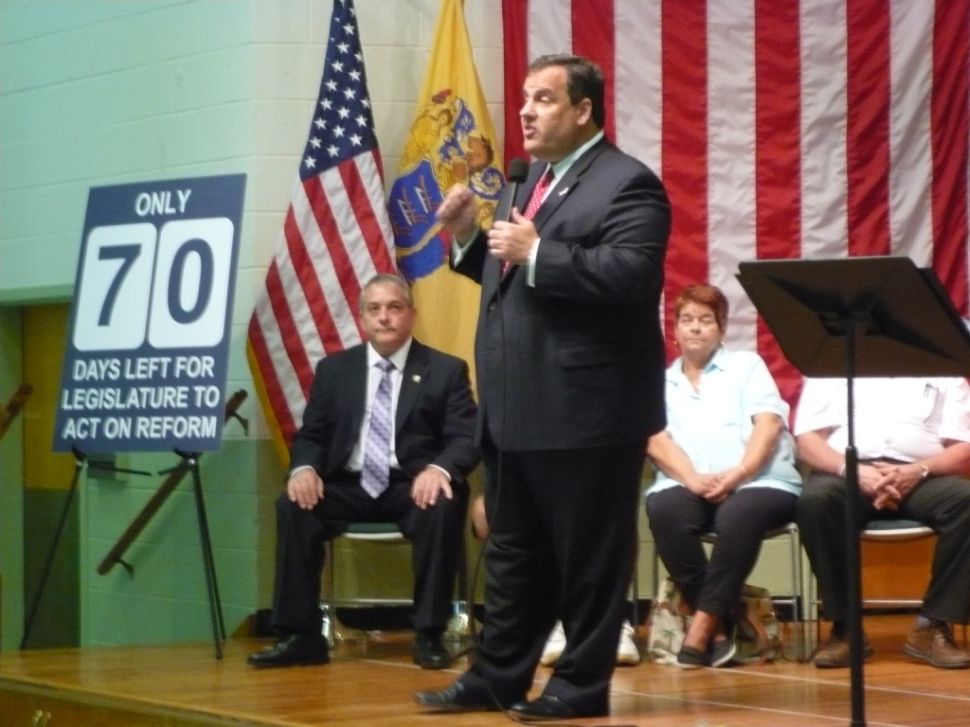