CHERRY HILL – There is no early sign of the Tea Party tar baby otherwise known as Peter DeStefano as bodies here at the Jewish Community Center pour in after cocktails and assume their seats in preparation for this 3rd Congressional District tussle.

The aftermath of a Courier-Post story that the Adler campaign planted DeStefano to drain votes from Republican Jon Runyan has affixed permanent. “what, what’s wrong, everything’s wonderful” campaign smiles on the members of the Adler camp.

The debate doesn’t start until 7:30 p.m. and the center is already packed, and the staff is still aflutter packing in more and more audience-members, but neither the congressman nor his challenger is among them.

And neither is DeStefano, who won’t be participating in tonight’s debate sponsored by the Jewish Community Relations Council of Southern New Jersey.

There’s Runyan, looming confidently over the crowd at the entranceway. His handlers swarm into view, happily, back chattering about the DeStefano fiasco.

“Where’s Adler?” they want to know.

Runyan dominates the room for several minutes before Adler arrives, briskly and jovially shaking hands and working the room all the way up to the front, where he now joins Runyan onstage.

They are about to begin. 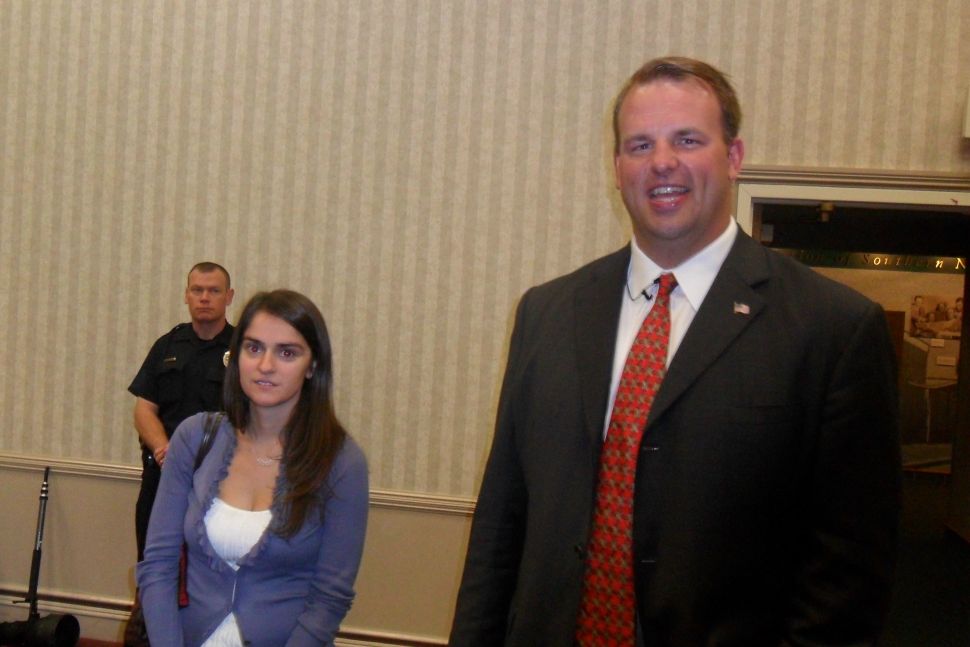