The campaign of U.S. Rep. Frank Pallone (D-Long Branch) today went up on cable television for the first time this season.

A positve, 30-second ad, which will run throughout the 6th Congressional District for the remainder of the campaign, features the recession-drained faces of frazzled residents, juxtaposed over the second half of the spot with the soothing presence of the congressman.

Pallone is running against the Republican nominee, Highlands Mayor Anna Little. The antagonists appeared tonight together at a multi-candidate campaign forum on the Bayshore, and on Sunday evening will again meet on the same stage at Temple Shalom in Aberdeen.

The League of Women Voters-sponsored event is scheduled to start at 7 p.m. 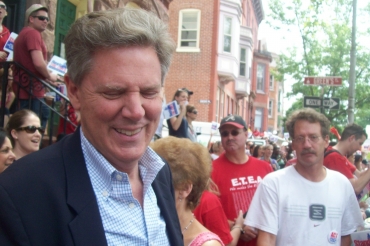