HALEDON – Democrats at a dinner for Essex Democrats in Montclair this week thought they heard the beginnings of future fulminations in the direction of Essex County Executive Joe DiVincenzo by U.S. Rep. Bill Pascrell (D-Paterson).

But Pascrell told PolitickerNJ.com no way. When he made a crack about Democrats cozying up to Republicans, he didn’t mean DiVincenzo, who says repeatedly that he agrees with Republican Gov. Chris Christie 95-96% of the time.

“I was talking about the Blue Dog Democrats in our caucus who opposed healthcare reform,” Pascrell said.

Himself part of the Passaic firefight for county control, where the GOP needs to pick up just one seat in order to take charge, U.S. Sen. Bob Menendez (D-Hoboken) – two years in front of his own -re-election – also considered DiVincenzo’s close ties to the governor.

No, he said, navigating the big crowd at the Haledon firehouse. 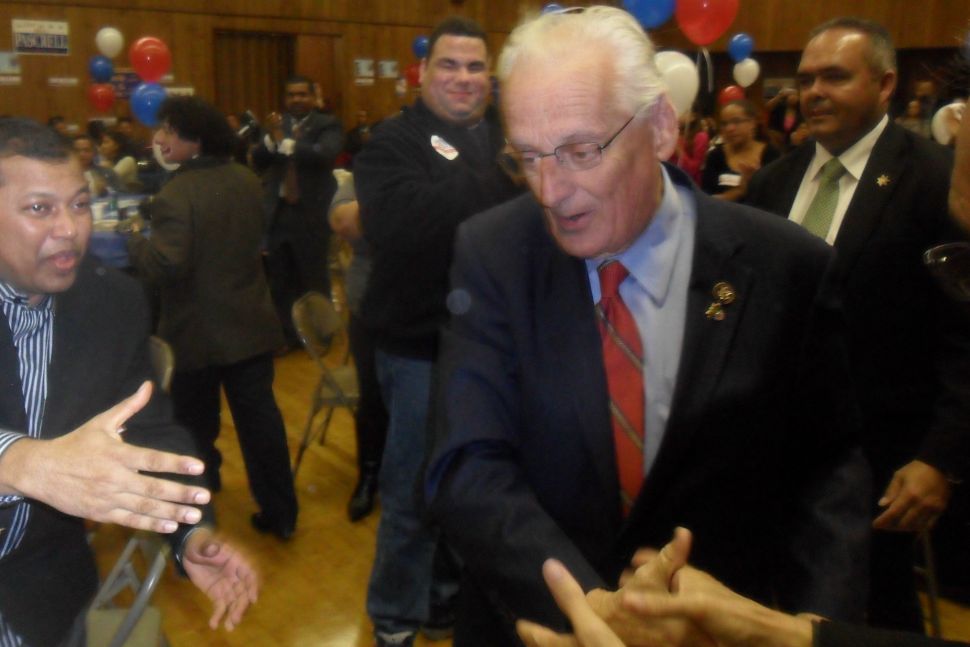