EMERSON – Police Department Rules and Regulations, Article VI, Section P: “Members and employees shall not be candidates for or hold in office in elective public positions or political organizations within or inclusive of the jurisdiction in which they are employed unless authorized to do so by the County Prosecutor.”

The idea of asking Molinelli for permission to run is “outrageous,” Moriarty said, since he’s a partisan official close to the administration.

But guessing at what Molinelli would have done, if sought, is easy when you don’t actually petition him.

Although the rule may be arcane, not enforced, or even unconstitutional, it’s still a law. And the Bergen County Democratic Organization is threatening to take it before a judge if Saudino doesn’t resolve it himself.

“Following repeated inquiries to (…) Saudino from Bergen County Sheriff Leo McGuire, McGuire’s counsel today reiterated the legal position that Chief Saudino is in violation of Article VI section P of Emerson’s Rules and Regulations and needs to either resign as a candidate for Sheriff or as Emerson’s Police Chief immediately,” according to a release from the BCDO.

Moriarty said Saudino’s camp knew this issue was coming down the pike, but rather than send a letter requesting candidacy to Molinelli, the GOP is curiously basing their argument on the American Civil Liberties Union, of all groups.

In the past, the ACLU has found laws restrictive of public office candidacy – like this one – contradictory to the U.S. Constitution, Moriarty said.

“A lot of laws don’t get taken off the books when they’re not enforced,” he said.

Yesterday, McGuire’s attorney sent a letter to Saudino’s attorney asking for answers to a previous inquiry: Had Saudino ever requested consent of Molinelli?

Saudino will ask Emerson Borough Administrator Joseph Scarpa to initiate an internal affairs investigation on this matter, Moriarty said, “now that they’ve made it an issue.”

Saudino attorney John McCann isn’t immediately available for comment because he is before a judge concerning a lawsuit his side filed against McGuire accusing the sheriff of illegally linking his Twitter account to the sheriff’s department official website. 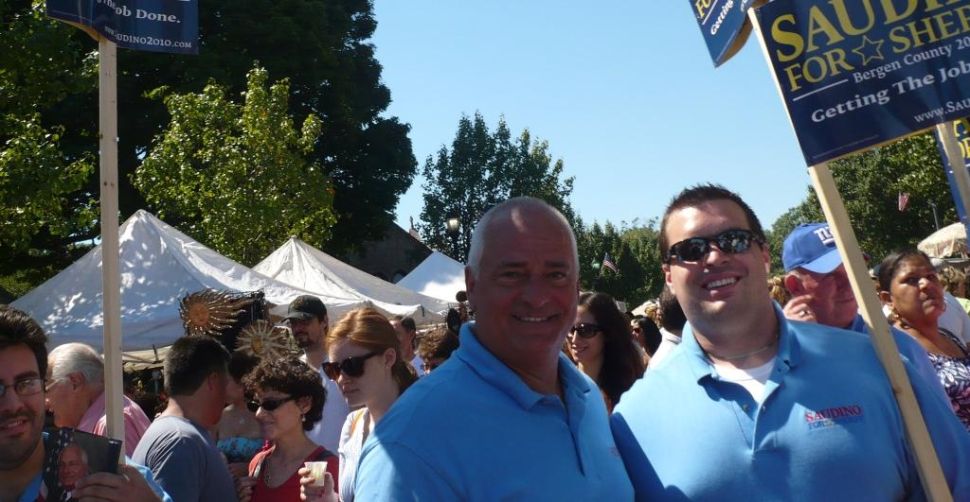