NEWARK – U.S. Sen. Frank Lautenberg (D-NJ) clobbered Gov. Chris Christie for the death knell he sounded Thursday on the Access to the Region’s Core (ARC) rail tunnel project, the biggest transportation investment in the nation that would have doubled commuter rail lines to New York City.

“Killing the ARC Tunnel will go down as one of the biggest public policy blunders in New Jersey’s history,” the senator said.

Lautenberg harpooned Christie’s red herring argument that $3 billion in federal funds could be used for other projects. It cannot, Lautenberg said, rather it “goes back to Washington.”

“This is not the first time he has demonstrated a confusion regarding the federal funding process,” Lautenberg said. “After the state lost $400 million in Race to the Top education funding in August, Gov. Christie asked the Congressional delegation to secure $100 million in so-called extra funding that did not exist.”

U.S. Sen. Robert Menendez said he spoke to federal transportation officials who confirmed the money could not be used for other projects within the state.

“The Department of Transportation reiterated that the tunnel was a high-priority New Starts project and that this funding was dedicated for that purpose and can only go to a New Starts project, not to other state transportation projects in our state,” he said. “Instead of getting a major investment from the federal government, New Jersey taxpayers now owe the federal government $300 million plus interest and penalties as a result of the governor giving up on the tunnel. That’s on top of the $300 million our state has already spent. New Jersey taxpayers are now the owners of a brand new, $600 million Hole To Nowhere.”

Menendez said the decision will also be a  brutal gut shot to the state’s faltering economy.

“At a time when the job market is brutal, giving up on the tunnel kills 6,000 immediate jobs for local workers, the tens of thousands of local jobs that would be supported upon its completion and the chance to significantly ease the horrendous traffic congestion crossing the river,” Menendez said. “Giving up on the tunnel will also fumble away a $3 billion guaranteed investment in our state from the federal government, which is on top of the $400 million in federal education funding that our state has already forfeited.”

Several other Democratic legislators shot off their own statements this afternoon.

“This was clearly a fly-by-night decision made in a vacuum based on a three page memo lacking any substantive details,” said Assembly Speaker Sheila Y. Oliver (D-East Orange). “With more than $600 million invested in this project already, the prudent thing to do would be to reach out to our federal representatives and state legislative leadership to explore alternative funding sources.”

“It took 30 years to get to this point with this project. It took the governor 30 days to destroy it,” Assembly Majority Leader Joseph Cryan (D-Union Twp.) said in a release. “This decision makes the $400 million Race to the Top debacle look like loose change.”

N.J. Sierra Club Director Jeff Tittel also chimed in: “Governor Christie is using the project’s budget as an excuse to steal the money for the Transportation Trust Fund. Instead of canceling the project, our leaders should be working together to improve it.  It’s better to have a tunnel from Xanado to Macy’s basement than highways through the Pinelands.” 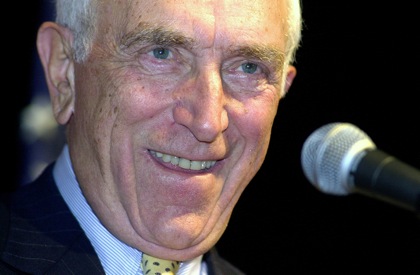