ABERDEEN – Most of the crowd disgorged the Temple Shalom when Anna Little Little left, and now a solitary Scott Sipprelle of Princeton Twp. enters and announces that U.S. Rep. Rush Holt “insisted on keeping us separated” in this 12th District forum sponsored by the League of Women Voters.

“Since Nancy Pelosi was made the speaker of the House, this country has added $5 trillion in debt… we are paddling the American economy over the falls and the most furious paddler is Rush Holt,” says Sipprelle, who believes the economy will get a bump in the right direction if Americans fire the Democrats.

He blasts Obamacare and cap and trade and more.

“I believe the Wall Street bailout, which was funded by all your tax dollars, has only reinforced… too big to fail,” Sipprelle says. “This year, they are paying out record bonuses just in time to fund hiss next campaign.”

He doesn’t believe in federal funding of abortions. “ON he issue of abortion itself, I think it should be rare and legal.”

He assails Holt’s characterization of his own views on education.

“I think education is best controlled locally,” says school vouchers-proponent Sipprelle. “What we need to do is create educational choice in America. If you are in a poor town with a corrupt union, you are damned to a poor (education). Let’s have educational choice.”

Moments later he says, “When you can’t run on your record, you try to run your opponent down.”

Asked if he supports a fence to prohibit the influx into America of undocumented workers from Mexico, Sipprelle answers, “Absolutely.”

In his closing statement, Sipprelle says, “It is time in America to look each other in the eye… and rediscover the key attributes of the American character. Self-reliance and personal accountability. …The American economy is a cart being pushed down the street and those who can’t take care of themselves should go in the cart, but we have encouraged everyone to get in the cart and no one’s pushing.

“That’s why the cart is stuck in the road.” 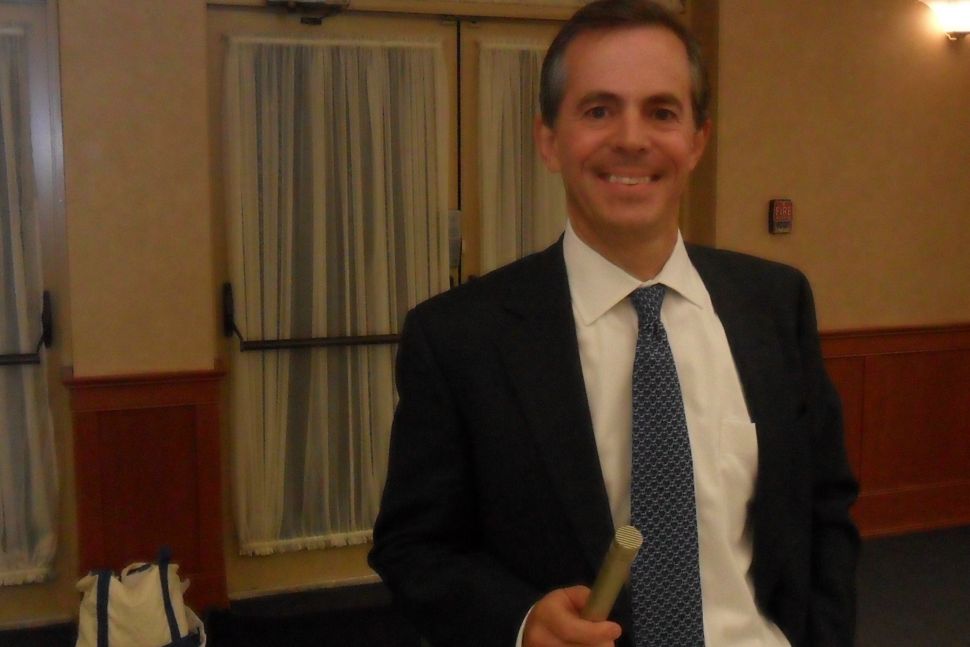