Are the citizens mad at their elected officials?

Yes, many of them are, which explains the Tea Party movement’s momentum.

That question will be answered Tuesday.

Pallone has outspent his opponent by a 4-to-1 margin, and is holding a 7 point lead over challenger Anna Little, a Tea Party-approved conservative with backing from the GOP.  Election watchers consider that lead slim in the heavily Democratic district as Pallone generally wins his races handily.

The two candidates represent disparate views on the environment, taxation, and many social issues.

Pallone was first elected to Congress in1988, where he represented the former District 3 until 1992 redistricting put Pallone’s hometown of Long Branch in District 6.

He sits on the House Energy and Commerce committee and is the chairman of that committee’s Sub-committee on Health.

Little, an immigration attorney by trade, is also mayor of Highlands and sat for one term on the Monmouth County freeholder board between 2006 and 2008.

Though his spending dwarfed Little’s outlay, Pallone put barely a dent in his war chest – which totals over $4 million – by bringing in $2 million this year and spending just over $1 million.

The two have battled throughout the race with Little decrying Pallone as a career politician out of touch with constituents and Pallone painting Little as an extremist who sides with corporations over people.  Pallone waited until October to engage with his first television ad, while Little waged a fierce ground game, going door to door with members of her self-titled “Anna’s Army.”

Little clawed her way to the nomination by winning a primary against heavily favored millionaire Republican Diane Gooch, who many thought had a better shot at beating Pallone, who regularly wins elections by 2 to 1 margins.

Pallone is known for protecting New Jersey’s beaches and counts the health care reform bill as his “most significant achievement” this term.

“Quality healthcare is not a luxury – it’s a necessity and a right,” Pallone says in a quote posted to his website. “No one should ever have to choose between paying for prescription drugs and stocking their pantry. In Congress, I’m fighting so everyone has access to the medicine and care they deserve. I’m working hard to cut costs and give more rights to consumers and patients.”

His web site lists the environment, the economy, education, energy, Iraq and Homeland Security as his core issues.  His endorsements include the New Jersey Environmental Federation and the Sierra Club.

In the ill-defined Tea Party, the only common denominator is fiscal conservatism, which Little lists as her core values along with ensuring a Constitutionally-limited government and allowing free markets to govern the economy.

“Government does not ‘create’ jobs. Available jobs are a response to a need that arises from opportunity and desire for liberty, property, and security,” Little states on her website. “Government does not ‘produce’ anything, it just takes, and what it takes, it takes from the people.

“The more you tax something, the less you get of it … The government needs to get out of the way of the private sector economy,” she said.

She supports the Fair Tax eliminating all federal income tax, capital gains tax, and estate tax and replacing it with the 67,000-page federal tax code with a single-rate national retail sales tax and a “prebate” that excludes spending up to the poverty level.

She’s high on tort reform and against cap-and-trade.

“Cap and Trade is essentially a power and money grab based on the false premise of ‘Man Made Global Climate Change.’ I will stand against any legislation based on this premise, and will oppose any similar EPA mandates,” Little states on her website.

Based on her commitment to repeal the health care bill if elected, Little bagged the support of the American Association of Physicians and Surgeons and is expected to accept their endorsement at an event tonight. 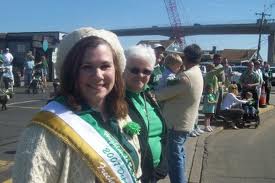