ABERDEEN – U.S. Rep. Rush Holt (D-Hopewell Twp.) occupies a chair at the head of a devitalized room here at Temple Shalom in the aftermath of Anna’s Army. A League of Women Voters rep announces that Holt will take questions alone for a half hour before 12th Congressional District Scott Sipprelle of Princeton will take a half hour’s worth of questions.

The terms for the program prompts some indignation among Tea Party t-shirts heading for the exits here at Temple Shalom. “Why? Why?”

Neither Sipprelle nor Holt agreed to this forum as one of their three scheduled debates, and so the League – honoring that agreement – will partition the two candidates.

“I hardly know where to begin,” he says. “Although I have not prsonally gone to Hawaii, I have seen reprints from articles from newspapers published in 1962 that say a bouncing baby boy was born to… I don’t understand what the question is about.. In general terms, I think it’s important we have standards for people who hold office. I belive Barack Obama meets those standards.”

“You can’t get a driver’s license with those articles,” says a man in the crowd.

Holt answers, “I don’t have anything more to say about this” as the man leaves muttering something about the Constitution.

The congressman later gets an illegal immigration question. Does he believe the United States should stem the influx of undocumented workers by closing the U.S.-Mexico border?

“Close the border? I’m not exactly sure what that means,” says Holt, triggering a groan in the dwindled crowd.

Holt comes back to the nutgraph of his campaign.

“I have worked on education consistently in my time in Congress,” he says. “I’ve worked on middle class tax fairness. I supported the biggest middle class tax cut in history. This is not the time to shrink the American dream. This country has been built on public investment. Tough times are precisely when you don’t want to cut back on education and on research and innovation.” 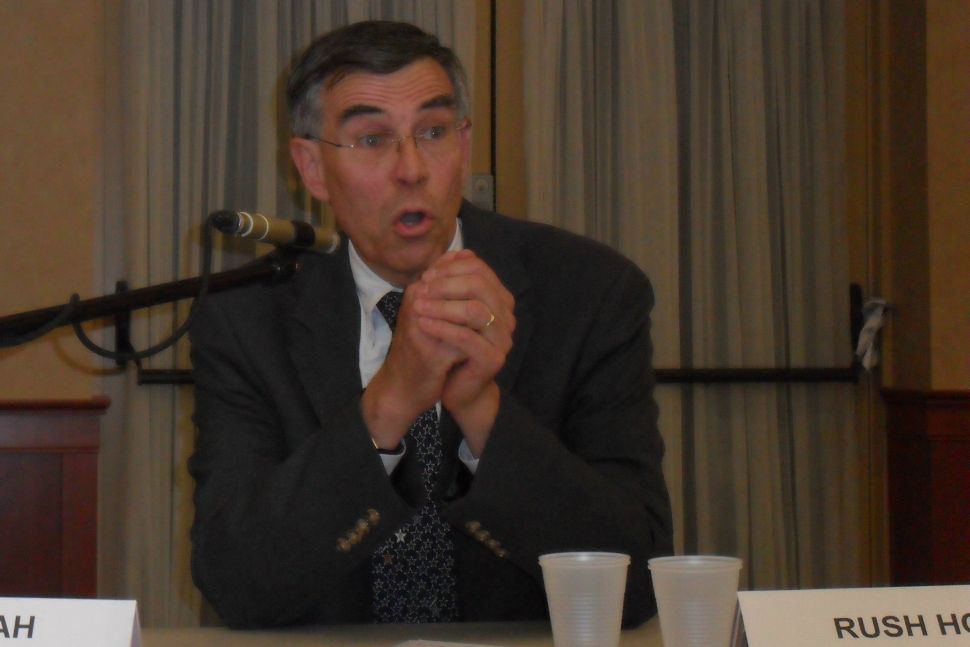