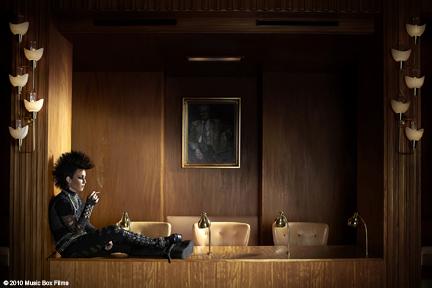 The Players: Noomi Rapace, reprising her role as the darkly heroic Lisbeth Salander. Swedish great Michael Nyqvist, reprising his role as the Stieg Larsson stand-in. Director Daniel Alfredson, who directed the last installment and is the older brother of Let the Right One In director Tomas.

The Pitch: Calling all Larsson fanatics: Why wait for the English-language adaptations on track or next year? See this instead, and you will forever be able to tell your friends how much better the original was. Just in time for the mid-term elections, this last installment's for the conspiracy nuts—less action, more intrigue.

Playing at: Surprisingly many cinemas 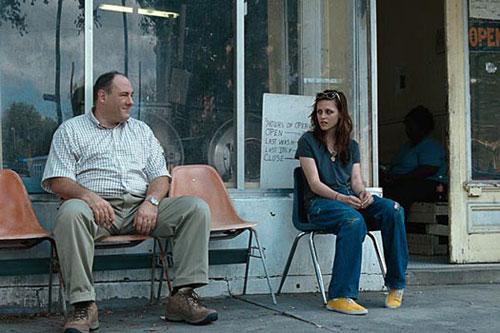 The Players: Kristen Stewart, James Gandolfini and Melissa Leo, all of them highly praised for their performances in this film. Director Jake Scott, son of Ridley, who earned a Sundance nomination for this film. The city of New Orleans, ripe as ever for drama.

The Pitch: The actors sell themselves, but it's always a pleasure to see Stewart and Gandolfini leave their comfort zones, as they do here playing a stripper and a grieving father, respectively. This leads to a striptease scene that's supposed to be awkwardly hilarious. If you're looking to cry rather than scream this weekend, this would be the pick. 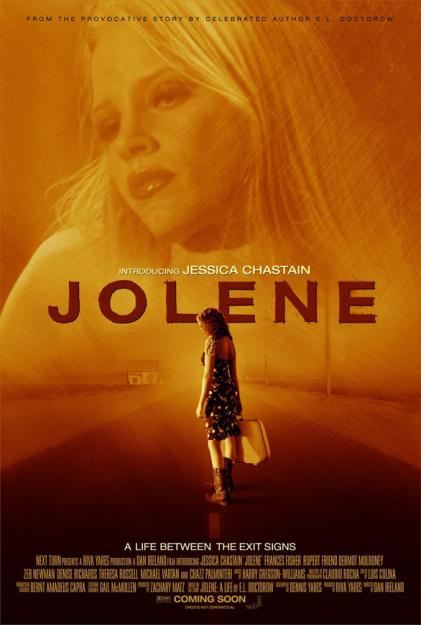 The Players: Newcomer Jessica Chastain, who plays the eponymous role. Director Dan Ireland, an indie player of sorts who founded the Seattle International Film Festival. E.L. Doctrow, who wrote the story the movie's based on.

The Pitch: After debuting two years ago on the festival rounds, the movie was shelved and is now finally getting its debut. The charming Chastain has been highly praised for effortless sexuality as Jolene bounces from lover to lover and Ireland may have discovered another star, as he did with Rene Zellwegger in his The Whole Wide World. Plus, Rex really liked it. 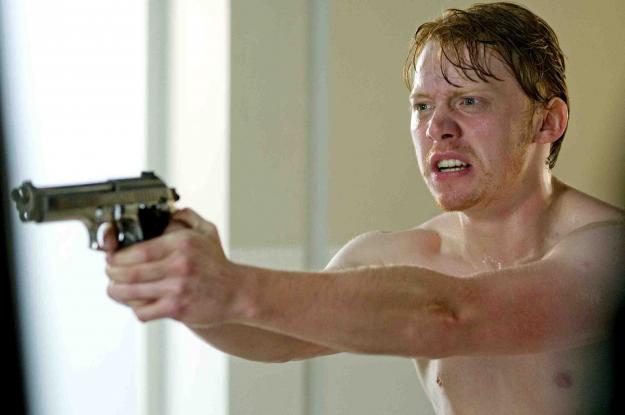 The Players:  The always-enjoyable Bill Nighy, playing an assassin with a heart of gold. Rupert Grint, trying to shed his Harry Potter past. Martin Freeman, recently cast as Bilbo Baggins in The Hobbit movies. Director Jonathan Lynn, who did the underappreciated Clue movie, and the terrific series Yes, Prime Minister.

The Pitch: An extremely light-hearted crime romp, the film was made on a shoestring budget but still managed to snag three of the biggest names in British cinema. Grint said that training for the film was brutal—learning to fire weapons physically knocked him back—so if you thought Ron Weasley was the weakest part of the Harry Potter movies, you might enjoy seeing him abused. 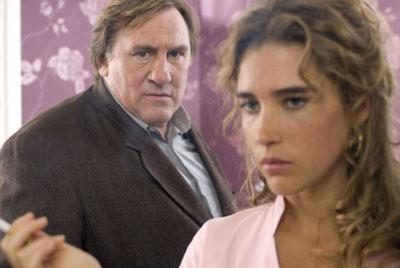 The Players: The last film of the prolific Claude Chabrol, the former New Waver who later turned out movies at the rate of about one a year, usually thrillers, until he died in September with some 50 under his belt. Gérard Depardieu, a rival for prolificacy who is listed as an actor 189 times on IMDB.

The Pitch: Nothing is as it seems when the "world famous" detective Bellamy is drawn into a case while on vacation. The plot of this sucker promises more twists and turns than the last 15 minutes of a Law & Order. Stephen Holden in The Times praised its nods to Georges Simenon, so if you're a fan of the detective novel mastermind, step right up. 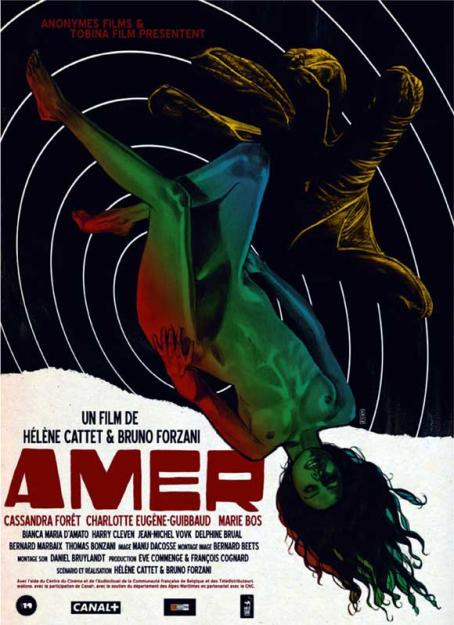 The Players: Co-writing, co-directing power couple Hélène Cattet and Bruno Forzani; a handful of beautiful, terrified girls; a score that riffs on film classics and came before the largely dialogue-less script, and Dario Argento (or at least his ghost).

The Pitch: A film in the Italian "Giallo" tradition - at once sexy and bloody - the few words there are in Amer ("bitter") are in French. Expect a heavy emphasis on nostalgia and crash zooms to things like razor blades. With sly notes of female empowerment, the formula apparently receives a much-needed update and goes from standard horror movie to Halloween weekend must-see. 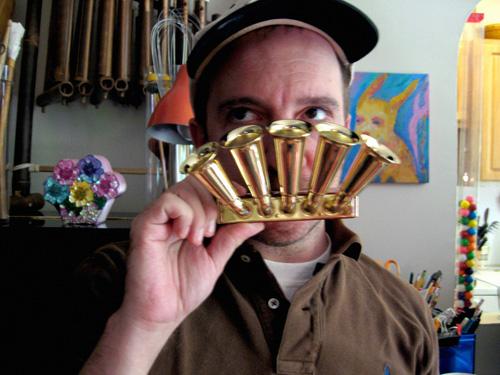 The Players: Kerthy Fix and Gail O'Hara, who spent 10 years assembling the documentary, which is a first directorial credit for both. And, of course, eccentric Magnetic Fields mastermind Stephin Meritt.

The Pitch: A famously grumpy indie-pop hero, Merritt is a hugely compelling figure, a songwriting genius whose monumental 69 Love Songs has become a musical touchstone. Keep an eye out for Daniel Handler, a.k.a Lemony Snicket, who played accordion on a number of tracks on that album, and for music writer Sasha Frere-Jones, apologizing profusely for an infamous critique. 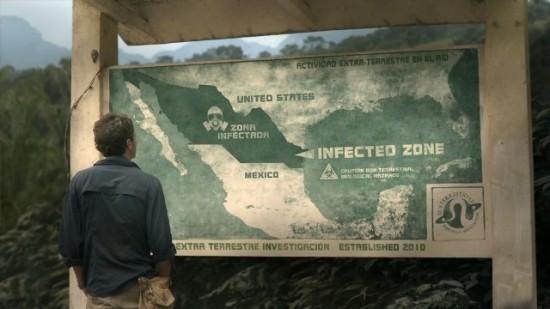 The Players: Writer/director Gareth Edwards in his first feature debut. Edwards had long dreamed of being a film director, but his career was briefly sidetracked due to his talent for CGI visual effects. He still made the FX for this movie himself, in the spare bedroom of his house.

The Pitch:  An infected zone vastly expands and takes over the border between the U.S. and Mexico, filling it with giant tentatcled creatures from outer space. At times, it's shot like a documentary, or with Cloverfield style realism, but, as Edwards told Bloody Disgusting "If CLOVERFIELD was an allegory for 09/11, then this is a commentary on the War on Terror, like five years down the line when no one gives a shit." Also there's a love story, so yes, you can bring a date. 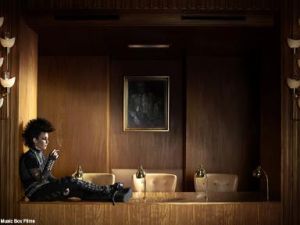 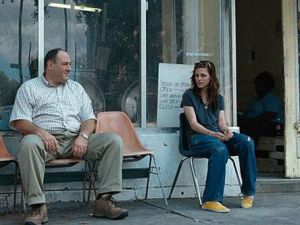 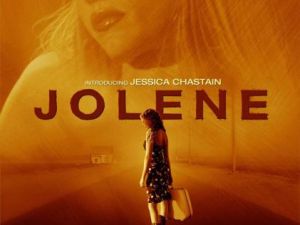 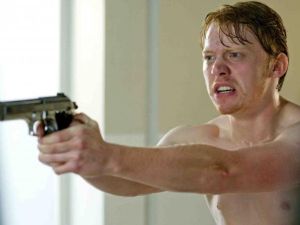 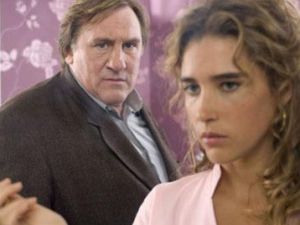 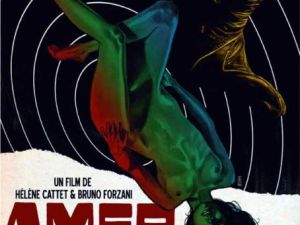 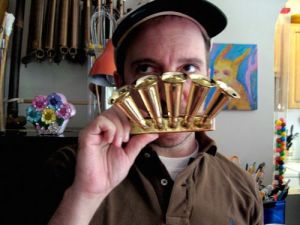 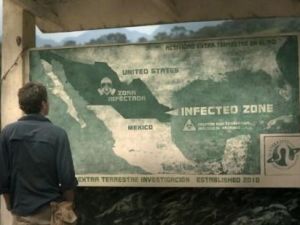