It wasn’t really a party; Stack had a soft-pedal constituent meeting today in the Hoboken Housing Authority, federal housing pinned up against the Palisades cliff on the west side of town, where the majority of the residents will be voting for their councilperson in November, and their state senator next year.

Stack hasn’t been to the 4th Ward since the middle of his personal war against the Hudson County Democratic Organization, in particular state Sen. Bernie Kenny (D-Hoboken) in 2007.

He personally campaigned against an HCDO-backed reform candidate in the 4th, a newcomer from New Hampshire who was facing off against a young Latino attorney from the Hoboken projects.

Fortunately for Stack, he beat Kenny.

Unfortunately for him, Dawn Zimmer beat Chris Campos in Hoboken.

So when Stack returned today for a 2 p.m. to 5 p.m. mobile office meeting with constituents, something he does on a monthly basis as mayor of Union City, Zimmer just wanted to stop by.

So she brought a team of directors, staff, and Hertz reps who were pitching the city’s innovative car share program that they said has been underutilized by the low-income residents it could help the most.

“I felt like it was an opportunity,” Zimmer said, mingling around the room. “I wanted to make sure they had all of the information.”

Stack, in one corner, handled business, plowed through constituent problems, slashing through bureaucracy with the flick of a wrist. He hands out business cards with his cell phone number hand written on it. Personal access.

But insiders said Stack never called Zimmer to say he was stopping in. Housing Executive Director Carmelo Garcia acted as a go-between.

The tradition, Zimmer said, is for the visiting official to reach out to the mayor, at least for a heads-up.

“That would be my understanding,” Zimmer said. “But I do appreciate that he was here. I hope he comes back and visits all of our wards.”

Five p.m. sharp, Stack jetted back to his dense urban empire perched on the same Palisades that pen in the Housing Authority residents.

But before he left, Zimmer penned in the senator/mayor, although neither would say what was discussed.

Zimmer did say ten people signed up for the Hertz program.

Pressed, Stack said the visit had no bearing on the upcoming election in the 4th Ward.

“I’m doing this is each municipality (in my district),” Stack said. But he said he’ll be back to campaign when Assemblyman Ruben Ramos (D-Hoboken) and Hudson Freeholder Anthony Romano are up for election next year.

As for Zimmer, he said no disrespect. “We’re looking to work together.” 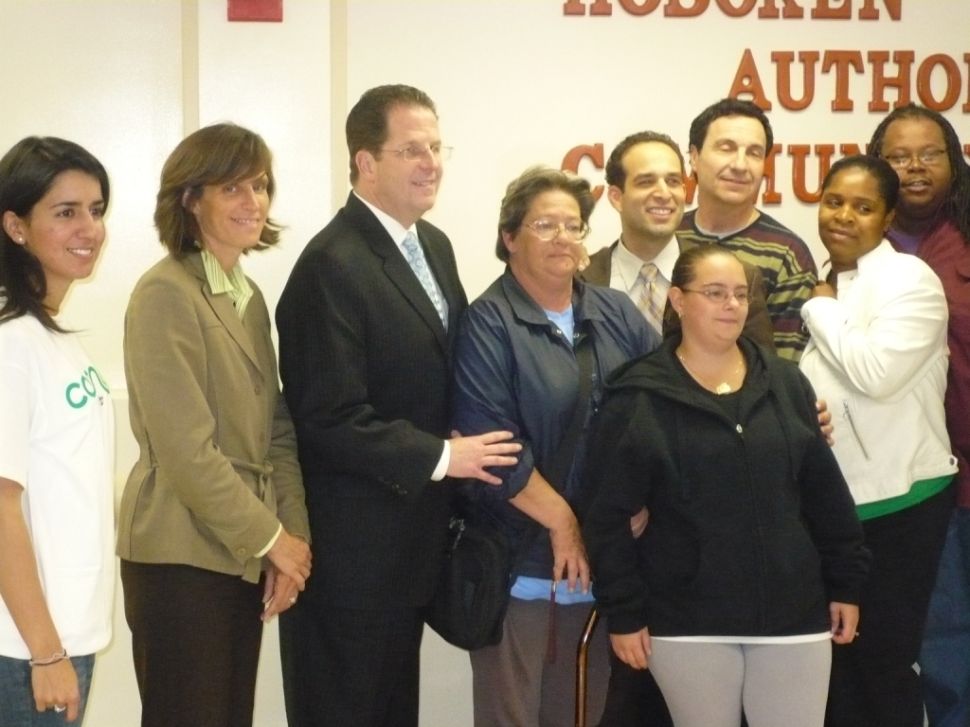