NEWARK – It’s the fourth largest school district in the state – 18,000 students and a budget of roughly $195 million – and the top administrator in Toms River was allegedly siphoning millions in an insurance scheme, officials said today.

Michael Ritacco, 62, of Seaside Park is charged with taking between $1 million and $2 million in bribes from insurance brokers and intermediaries in exchange for lucrative contracts, U.S. Attorney Paul Fishman announced today, hours after Ritacco turned himself into the F.B.I.

“That money could have stayed with the citizens of Toms River,” Fishman said.

He called the two-and-a-half year scheme “staggering” in magnitude and duration, including $2.8 million in ill-gotten gains.

Also indicted, but not yet in custody is Francis Garland, 69, of Baltimore, Md., the insurance broker who was alleged on the other end of the bribery. He is expected to turn himself in tomorrow, authorities said.

They face 18 counts of fraud and bribery charges

Former Toms River Athletics Director Frank D’Alonzo and insurance co-broker Frank Cotroneo were also indicted in the scheme, and both pleaded guilty to bribery and tax evasion charges on Monday.

Authorities allege the scheme included cash kickbacks from Gartland, but also other non-cash compensation, like a $20,000 home equity payment Gartland made for Ritacco’s home.

Also changing hands between the four men and two other unnamed intermediaries were tuition payments, plumbing services, and appliance, home entertainment, and jewelry purchases, including his and her watches for Ritacco and his girlfriend all totaling $50,000, authorities say.

“He was entrusted with the welfare of the children of that community,” F.B.I. Special Agent in Charge Mike Ward said. “It’s important that we don’t gloss over the (details).” 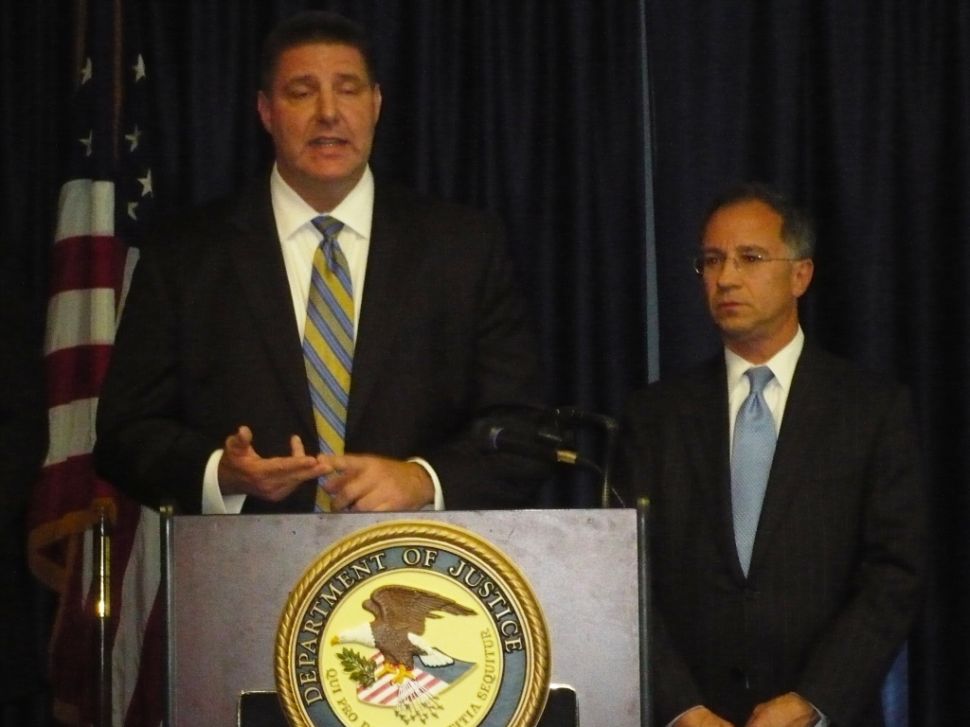