Historically, the district is Republican with a Cook Partisan Voter Index (PVI) ranking of R+3. But Lance’s domain isn’t as conservative as his colleague U.S. Rep. Scott Garrett’s (R-Wantage) to the north, with a Cook PVI of R+8.

In this election cycle, all indications are that Republicans will grab votes from the aggravated taxpayers, and GOP incumbents won’t be hurt as much by the anti-incumbent contingent as Democrats will.

Lance won his GOP primary against businessman David Larsen and two Tea Party candidates. But the Republican incumbent only won 55 percent of the vote, the lowest majority by any incumbent in New Jersey, depleting his coffers in the process.

An early summer internal poll from Potosnak put him within 4 points of Lance and reported that only 31 percent of voters wanted to re-elect Lance.

The district landed on CNN’s Top 100 Races to Watch list until September.

Originally from Easton, PA, Lance was born into politics. His father, Wesley Lance, was a state Senator and his great-uncle, H. Kiefer Lance, was also a New Jersey politician.

Lance has a J.D. from Vanderbilt University Law School and an M.P.A. from the Woodrow Wilson School of Public and International Affairs at Princeton University.

Potosnak, a newcomer to the political arena, taught chemistry for a decade at Bridgewater-Raritan High School, owns a small home repair business, and lives in North Plainfield.

Potosnak has already been to Washington, as an Albert Einstein Distinguished Educator Fellow, shaping policy at the capitol for Congressman Mike Honda (D-CA). Potosnak also served briefly as a legislative assistant for Honda.

Potosnak is openly gay – one of only three Congressional candidates nationwide – and has the backing of Garden State Equality and the national Stonewall Democrats.

He’s challenging Lance on the congressman’s vote against the Don’t Ask Don’t Tell repeal, among other issues that affect the LGBT community.

But LGBT-related policy isn’t a front and center campaign issue for Potosnak; small business help and job creation are. He paints Lance as Wall Street to his main street.

Lance has credentials that Republicans are looking for following his votes against Obama’s health care bill, against the stimulus plans, against the first TARP bill, and against the education jobs bill, which Potosnak has taken up the charge over.

Lance wants repeal-and-replace for the doomed health care bill, although he notes some aspects of the bill that he likes. Potosnak wants to amend the bill.

Lance is all for extending the Bush tax cuts, but his vote for cap-and-trade is sticking in the Republicans’ craw.

Potosnak wants no parts of tax cuts for the rich, and can easily bash the cap-and-trade bill as a Democrat since the bill has already proven unsuccessful.

Lance also bucked his party on the American Clean Energy and Security Act, renewing his persona as a defender of the environment and denouncer of oil dependency.

Lance just bagged an endorsement from former Massachusetts Gov. Mitt Romney’s political action committee, Free and Strong America, which plans to contribute $2,500 to his campaign, as well as to the conservative efforts of Jon Runyan in District 3, Scott Sipprelle in District 12, and Tea Partier Little in District 6. 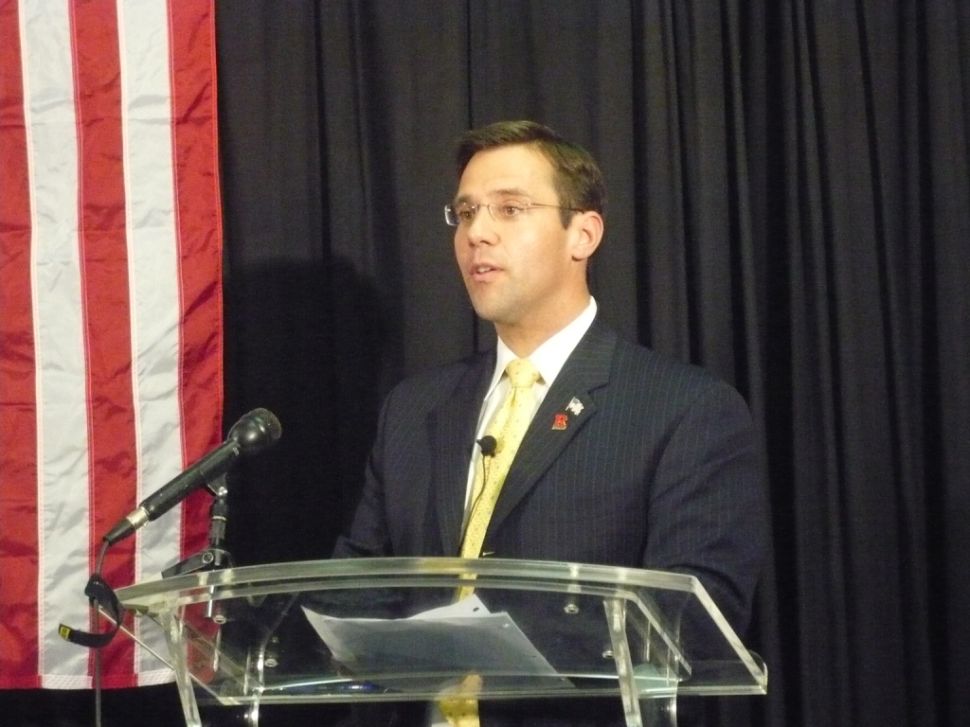