The lawsuit includes several sworn statements – some in the form of signed checklists – alleging mishandling of vote-by-mail ballots, voter coercion, and payment of $40 offered for casting an absentee ballot for Lenz challenger Tim Occhipinti.

Occhipinti’s campaign is questioning the veracity of at least two of those statements, and claim they can provide evidence to the contrary.

“We knew that someone would make these allegations,” campaign attorney Michael Goldberg said yesterday, especially with a local $2,000 bounty on voter fraud.

“Anyone who got a check filled out (the employment contract),” Goldberg said, which details their responsibilities as campaign workers, not voters, in order to get paid.

The complaint file by Team Lenz uses data showing 78 out of 79 paid campaign workers for Team Occhipinti have already submitted their vote-by-mail ballots, an overwhelming majority. But that doesn’t prove anything, which is why the Lenz campaign has had staffers scouring the 4th Ward projects trying to find evidence or verbal confirmation of vote fraud.

Whether the proof they found hold up in court remains to be seen.

“I don’t know what they’re telling these people or threatening them (with) to get them to do this,” Goldberg said of the sworn allegations sought by the Lenz campaign.

Council President Carol Marsh, Lenz’ close ally, submitted a statement claiming she and another campaign worker were told by a man that he was offered $40 by former Board of Education President Frank ‘Pupie’ Raia to vote for Occhipinti. The two sides will meet before a judge today to find out if the court will hear this emergent allegation.

Lenz himself was the center of debate in Hoboken this week because he received a $1,000 campaign contribution from two local developers and business partners whose building Lenz approved during a zoning appeal before the city council earlier this year.

One of the developers was a backer of ex-Mayor Peter Cammarano, which leads many questioning why he is supporting Cammarano-enemy Lenz this year to the tune of $500.

Lenz said in a statement, “I voted to reject a 12-story building in a two-story zone because it was way out of scale with the neighborhood, and that owner now supports my opponent. I voted to uphold a Zoning Board decision to allow a four-story townhouse next to a five-story building because I believed it was the right thing for the neighborhood, and that owner now has contributed to my campaign. I call ‘em like I see ‘em. In neither case did the hope of support have anything to do with my vote. I welcome help from all who share my views, and and am proud, not embarrassed, when a builder of neighborhood-friendly projects chooses to support my campaign.”

Lenz said he did not meet with the developer as the appeal process was ongoing, contrary to a local blog report on Hoboken411, who broke the story.

Occhipinti called on state Attorney General Paula Dow and U.S. Attorney Paul Fishman to investigate this alleged meeting between Lenz and the developer.

“Former Mayor Peter Cammarano is in federal prison today for promising to use his position to expedite zoning approvals for a campaign contributor,” said Occhipinti. “The reported events surrounding Michael Lenz’s meeting with the developer … are eerily similar to those that brought so much harm and negative attention to the city of Hoboken.”

“Once again, this is just another attempt by Tim Occhipinti to distract from his well known support by big developers, his pay-to-vote operation, and his inability to address the real issues in this campaign,” Lenz said. 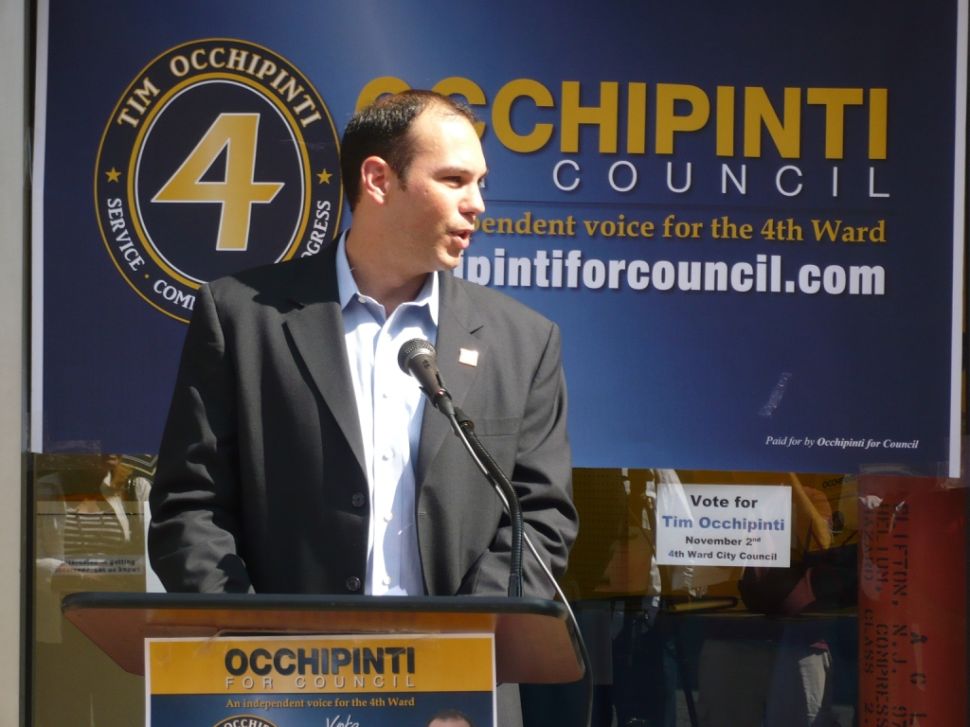